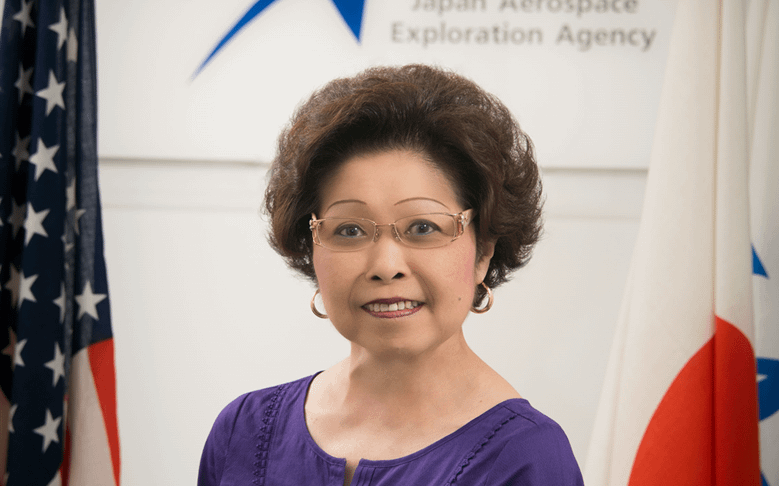 Excerpt from JSC Features: “From the depths of loss, Lorna Onizuka makes it through in the arms of her NASA family.”

Onizuka. It’s a name that, for many, holds a stirring of recollection. For those of us older, it reminds us of Challenger—and one hero of many who lost his life in a swift and catastrophic accident.

Lorna, the widow of that astronaut, Ellison, proudly bears the Onizuka name and the heritage entwined with it. A formidable woman in a diminutive body, she has charted her own course with NASA as a consultant to the Japanese Aerospace Exploration Agency (JAXA) in support of the Multilateral Crew Operations Panel. In 1985, after a rewarding career teaching and also pursuing a master’s degree in her “free” time while raising two daughters, she made a pivotal switch with Barrios to support the opening of NASA’s international partners.