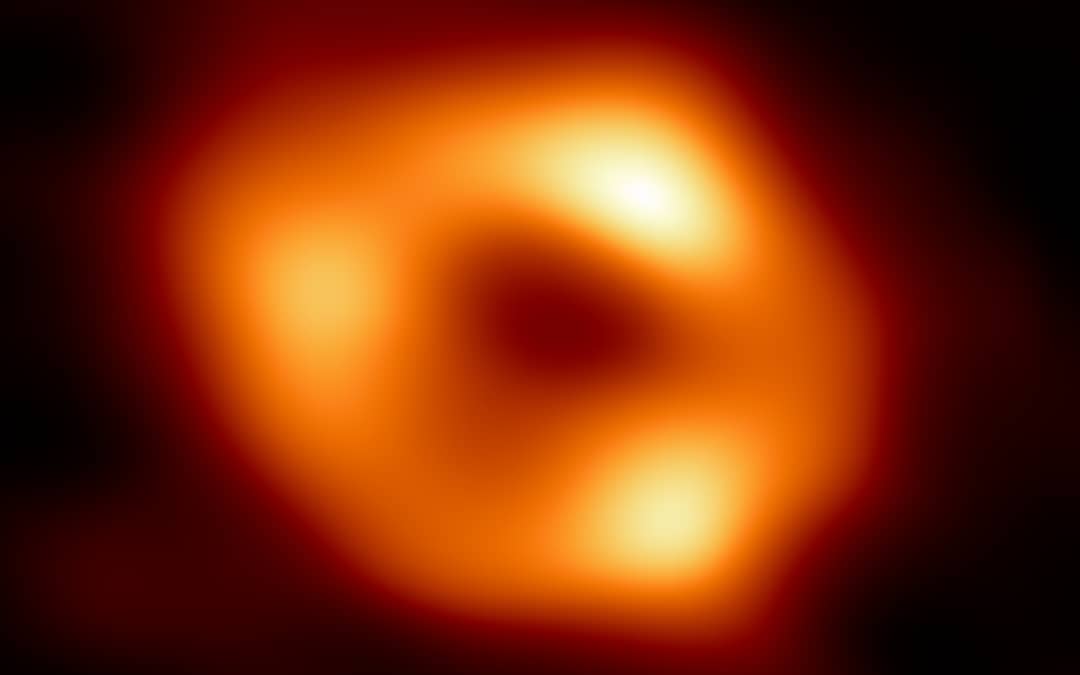 Above: The first image of Sagittarius A captured by the Event Horizon Telescope, a global network of observatories working in unison to form a single “Earth-sized” telescope. Credit: EHT Collaboration

When Nobel laureate Dr. Andrea Ghez first proposed a study to look for a supermassive black hole at the center of the Milky Way, no one thought it would work. With relentless determination, Ghez pushed for her experiment and eventually proved the existence of Sagittarius A, a black hole with the mass of four million suns at the heart of our galaxy—a discovery that won the 2020 Nobel Prize in physics.

On Thursday, May 12—nearly 20 years later—the first direct images of Sagittarius A were released by the Event Horizon Telescope, a research collaboration comprised of eight international radio observatories including two in Hawaiʻi: The East Asian Observatory/James Clerk Maxwell Telescope and Submillimeter Array on Maunakea. The image presents the first visual evidence of Sagittarius A’s existence.