Webb Has Arrived: What’s Next Could Change Our Understanding of the Universe 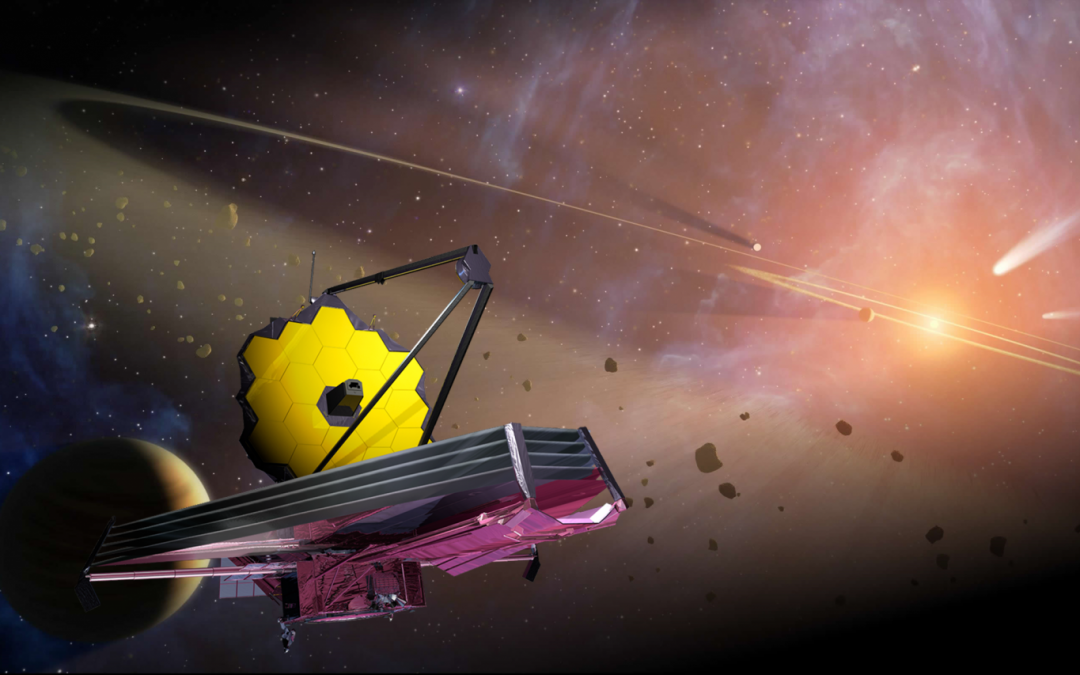 What can one of the most sophisticated scientific instruments ever built do for our understanding of the universe? We’re about to find out—and the answers will likely surprise everyone.

After completing a million-mile journey from Earth last month, the James Webb Space Telescope cleared some of its most daunting hurdles and moved into the final phases of preparing for its science mission. The 14,000-lb. observatory survived its Christmas Day launch with a scratch and successfully deployed from its Ariane 5 rocket fairing into space. What followed was a nail-biting choreography that took weeks: unfurling the observatory’s tennis court-sized sunshield and 21-foot primary mirror. The sequence involving hundreds of pins, locks, and other mechanisms that risked hundreds of points of failure.

To the jubilation of astronomers and engineers around the world, Webb successfully unfolded and continued on course to its orbital destination, Lagrange point 2 (or L2). L2 is a pocket of gravity where the Sun and Earth can keep a spacecraft orbiting with minimal fuel. Positioned on Earth’s night-facing side, L2 provides a wide view of the universe while deterring solar heat that could thwart Webb’s ability to observe the faint light from some of the oldest objects in the universe. The telescope’s infrared sensors—partly designed and tested from Maunakea by University of Hawaiʻi astronomers—must stay extremely cold to capture this light.

On Jan. 24, NASA announced Webb’s arrival at L2, lauding the mission team and celebrating the culmination of 30 years of planning. “JWST has achieved amazing success and is a tribute to all the folks who spent many years and even decades to ensure mission success,” Webb Project Manager Bill Ochs said in a statement.

With the most daunting challenges behind them, the Webb team still has crucial preparations ahead. Webb is now in the process of cooling to its operating temperature of 40 Kelvin, or -388 degrees Fahrenheit—a climate so extreme, engineers had to build each of its 18 hexagonal mirror segments “precisely wrong” to compensate for shrinkage. The mirrors must also be aligned to work in unison—a months-long process orchestrated by tiny motors on the back of each segment that move in microscopic increments. The suite of instruments that will analyze the light these mirrors capture (including cameras, spectrographs, and coronagraphs) also need calibration.

Once fine-tuned, Webb will be ready to begin gazing deep into the void, capturing data that astronomers anticipate will alter our understanding of the universe. If all goes well, we’ll be seeing the very first images this summer.

Webb’s mission was planned around answering some of astronomy’s most fundamental questions. Viewing the near- and mid-infrared spectrum, the telescope will capture light as old as 13.5 billion years, serving as a cosmic time machine and showing us the universe as it was just a few hundred million years after the Big Bang. In particular, Webb will explore the Epoch of Reionization—an era following the Big Bang when the universe was filled with a fog of hydrogen and helium gas that slowly dispersed with the light of the first stars. Eventually, the universe became completely ionized, or transparent, evolving to what we see today. How we got to where we are in that process remains a mystery—but hopefully, not for much longer.

During the first year of Webb’s observations, astronomers will sketch the most detailed model of stellar life cycles yet using high-resolution images from 19 galaxies. They will also watch how stars and star clusters form, study the formation and evolution of the first galaxies and stars, and investigate the birth of protoplanetary systems. Addressing among the biggest questions in astronomy, Webb will observe the atmospheres of exoplanets to find out what they are made of and whether they could support life as we know it. The mission will also study objects close to home including the planets, moons, asteroids, and comets of our own solar system.

Webb’s predecessor, the Hubble Space Telescope, led to breakthroughs in astronomy like measuring the expansion rate of the universe. It also captured the public’s imagination with intriguing images of the depths of space populated by countless galaxies. With a mirror three times the size of Hubble that sees twice as far, Webb will likely show us things that no one imagined.

“For me, as a scientist, the thing I am most excited about is the discoveries that I know we will make that are completely unexpected,” said Dr. Amber Straughn, Webb deputy project scientist at NASA’s Goddard Space Flight Center. “Itʻs like there are these surprises out there lurking in the universe—things that we’ve never dreamed of. I think weʻll find those and that prospect of finding things that completely surprise us, that sort of change the way we understand the universe, is what Iʻm most excited about with this telescope.”