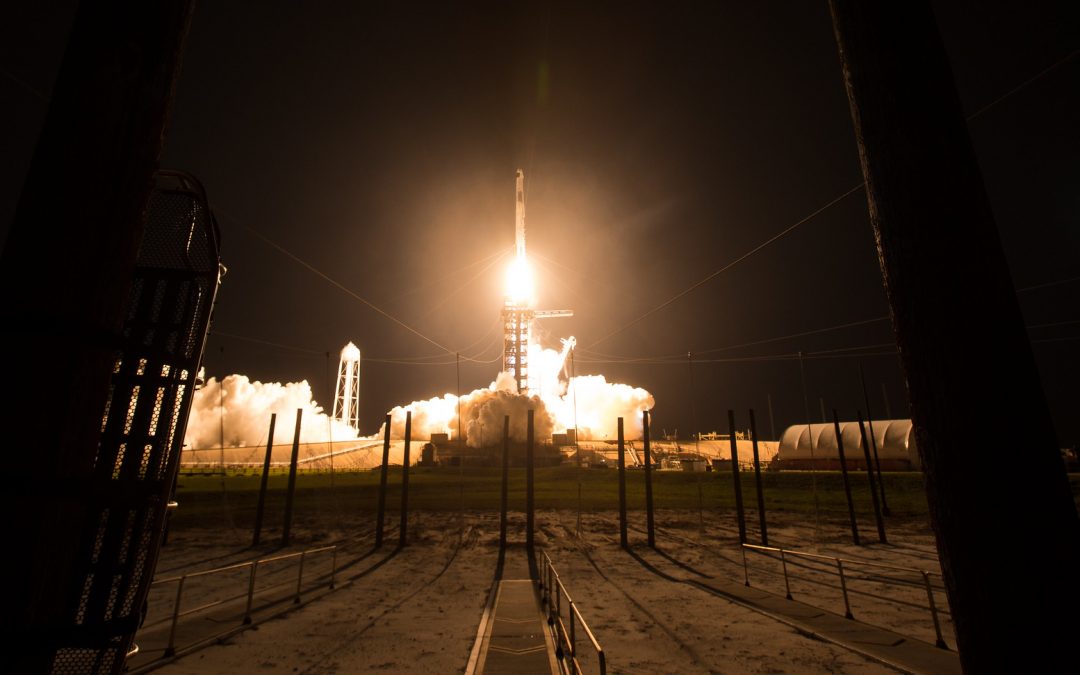 Above: The Crew Dragon “Endeavour” launches atop a Falcon 9 rocket on Apr. 23 from Kennedy Space Center. Credit: NASA

The crew launched in the early hours of Apr. 23 from Kennedy Space Center aboard a reused Crew Dragon space capsule atop a Falcon 9 rocket. The mission is the first to send humans to space on a reused booster rocket.

After safely arriving at the ISS, the crew has now started a six-month science mission. Their objectives include deepening our understanding of Earth’s climate and making preparations for the Artemis missions to the Moon. An important research topic will be tissue chips—small devices that contain human cells enclosed in a 3D matrix. The research will examine how cells respond to stress, drugs and genetic changes in space, and seek to better understand about how spaceflight and microgravity affect the human body.

The newly arrived crew brings the current count of international astronauts aboard the ISS to 11. Crew 2 is scheduled to return to Earth no earlier than Oct. 31, 2021.