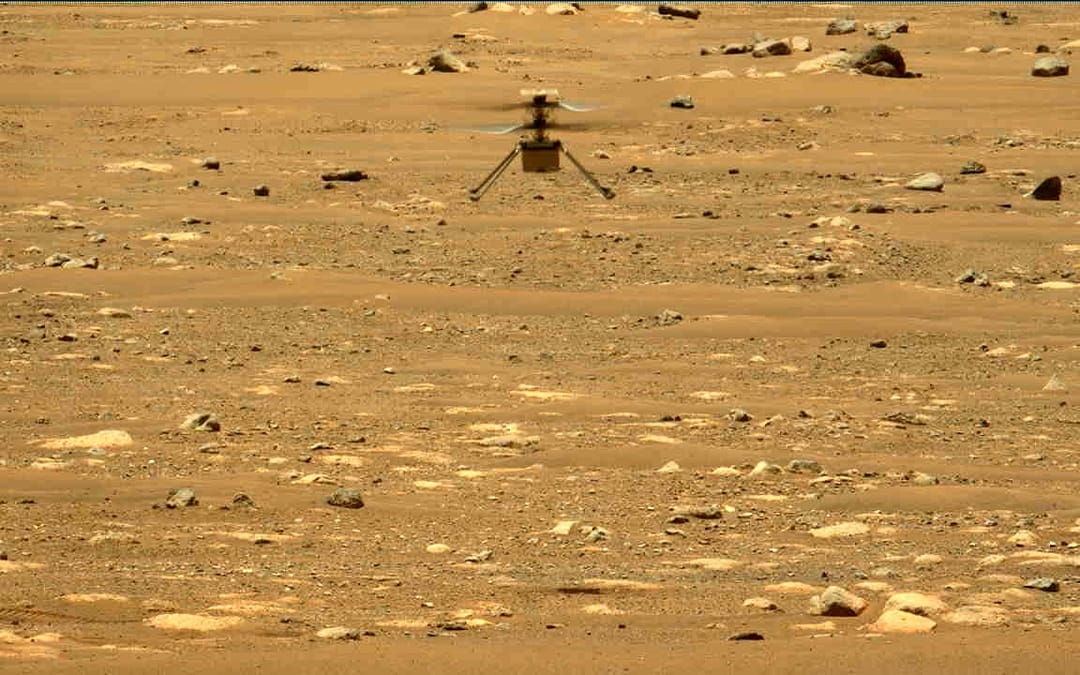 Above: Ingenuity’s 2nd flight captured by the Perseverance rover on Mars. Credit: NASA/JPL-Caltech/ASU/MSSS

NASA-JPL’s Ingenuity Mars helicopter successfully completed four test flights last month, exceeding demonstrations on Earth and making aviation history as the first aircraft to fly on another planet. The helicopter’s most recent flight was conducted on Apr. 30, lasting nearly two minutes and hovering more than 800 feet laterally at a top speed of 8 mph—faster and farther than any terrestrial test flight. NASA called the aircraft’s technology demonstration a resounding success, having achieved all its intended mission objectives by the third flight.

“From millions of miles away, Ingenuity checked all the technical boxes we had at NASA about the possibility of powered, controlled flight at the Red Planet,” said Lori Glaze, director of NASA’s Planetary Science Division in a news release. “Future Mars exploration missions can now confidently consider the added capability an aerial exploration may bring to a science mission.”

With Ingenuity’s flight systems exceeding expectations, NASA has opted to extend the helicopter’s mission by 30 days, including an operations demonstration. Its new objectives will begin on the aircraft’s sixth flight, attempting more precise (and risky) maneuvers above the Martian surface. The new phase will largely explore how helicopters can serve as aerial scouts to benefit future missions on Mars and other planets.