Long-Duration Flight: The Development of HALE-UAS 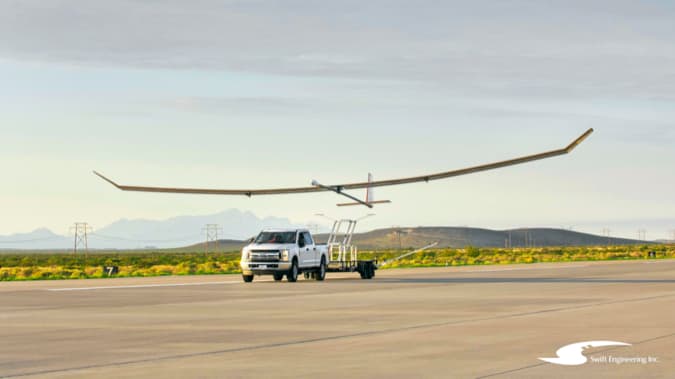 The advent of lightweight, high-power batteries, efficient solar cells, and miniaturized autopilots and sensors has led to the development of a new generation of aircraft known as High Altitude Long Endurance (HALE) Unmanned Aerial Systems (UAS)—also known as High Altitude Pseudo-satellites (HAPS). These aircraft can loiter over a region of land for weeks to months at a time like a geostationary satellite.

NASA first explored the utility of these vehicles during a program in the 1990s that resulted in a flight demonstration of the Helios HALE-UAS over Kauai island. Today, there is significant commercial and government interest in turning these vehicles into an important new asset to forecast weather conditions, monitor fisheries and coastlines, and many other applications.

The NASA Airborne Science Program is partnering with the USGS National Innovation Center to explore how innovative new UAS can improve science observations and decision-making related to resource management and emergency response.

Several foreign and domestic HALE-UAS aircraft are currently in various stages of development. As these platforms mature, NASA, USGS and other agencies are exploring concepts-of-operations that can best utilize them. NASA Ames Research Center recently partnered with the USFS to conduct more than 10 demonstrations of Swift Engineering’s SULE HALE-UAS. This aircraft is capable of carrying up to 22 pounds of payload for more than 30 days at a time. Both NASA and USGS are also in discussions with other aircraft manufacturers including AeroVironment, Prismatic/BAE Systems, Northrup Grumman and SCEYE.

Hawaii can play an important role in the development and maturation of this new sector of aviation. The islands’ advantageous geographic position, need for improved monitoring of geologic, coastal and oceanic resources, and relatively benign airspace make them an ideal place to position HALE-UAS as a driver for research, jobs and industry development.