Economic Recovery in Hawaii: The Case for Aerospace 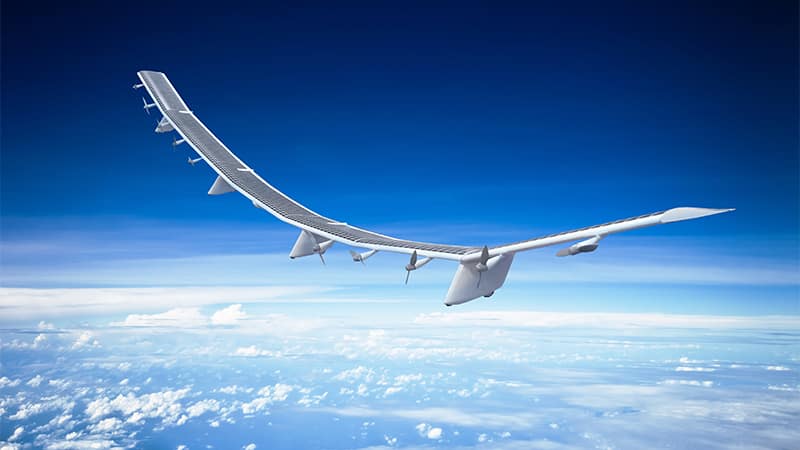 Above: HAPSMobile’s unmanned aerial system platform could launch from Hawaii to provide wireless connectivity on the ground. Image courtesy of HAPSMobile.

During the past year, the COVID-19 pandemic has devastated Hawaii’s economy and demonstrated the disadvantages of relying too heavily on tourism. With lockdowns, travel restrictions and people foregoing vacation plans, visitor counts have plummeted along with state revenues. As a result, unemployment claims and business losses are at an all-time high and the state is now facing a nearly $2 billion budget shortfall. With lawmakers looking toward options for economic recovery, tourism will no doubt continue to be a key player in Hawaii’s future economy and growth. But the state is also at a crucial turning point when it can begin investing in the aerospace industry to reduce its dependency on visitors.

Developing aerospace could be a significant boon to Hawaii’s economic recovery and sustain growth for years to come. Though not all sectors of the aerospace industry are suitable for the islands, the geographic positioning and geological features of Hawaii present a unique opportunity to create the foundations of a high-tech aerospace industry that could bring significant revenue and high-paying jobs to the State.

Among these opportunities, launch operations could include a small satellite launch facility to send payloads into low-Earth orbit. Rocket Lab has proven their Electron rocket as a reliable vehicle and are now leading the industry in small vehicle launches. The company is now working on a system to recover and reuse their first stage boosters. Virgin Orbit recently succeeded in launching a small rocket from the underbelly of a modified Boeing 747. This widens the range of launch options since the jet can take off from any airport without the need for a spaceport.

HAPSMobile, a subsidiary of SoftBank minority-owned by AeroVironment, has developed a UAS called the High-Altitude Platform Station (HAPS)—a large, solar-powered drone designed for stratospheric communication systems flying at 60,000 to 75,000 feet. These unmanned drones can stay airborne for six to 12 months and provide cellular and Wi-Fi connectivity on the ground. The company is interested in building a launch point and maintenance base in Hawaii for a fleet of about 1,000 drones.

UAS launch operation could bring in $7 to $10 million annually in research funds alone. A larger contribution to the State economy would be the creation of more than 200 high-tech jobs to maintain the fleet. The University of Hawaii is also looking at HAPS as a research platform to monitor fires, hurricanes, coral reef bleaching and other natural disasters.

The continuing pandemic has highlighted the lack of internet access in rural areas across the State. Gov. Ige has made it a priority to provide internet coverage statewide to advance his concept of a “digital economy.” The HAPS platforms could deliver a solution.

The company will ferry paying customers to the edge of space using a stratospheric balloon and space capsule. The project would create an estimated 200 jobs with average salaries of more than $60,000. The service would also support research and education related projects.

Virgin Galactic will also offer space flights for tourists. The company will launch its first suborbital flight out of Spaceport America in New Mexico and has expressed interest in launching from spaceports around the world. Hawaii could be one of these sites.

Recovering Hawaii’s economy will take planning, innovation and collaboration, and aerospace is an important industry to include in this process. As a rapid-growth industry, aerospace could generate high-paying employment opportunities outside of tourism. Hawaii has a chance to use its unique advantages—found nowhere else in the U.S.—to foster a viable and sustainable new industry. Bold action is required to seize this moment and reap the rewards. The time to act on aerospace development in Hawaii is now.