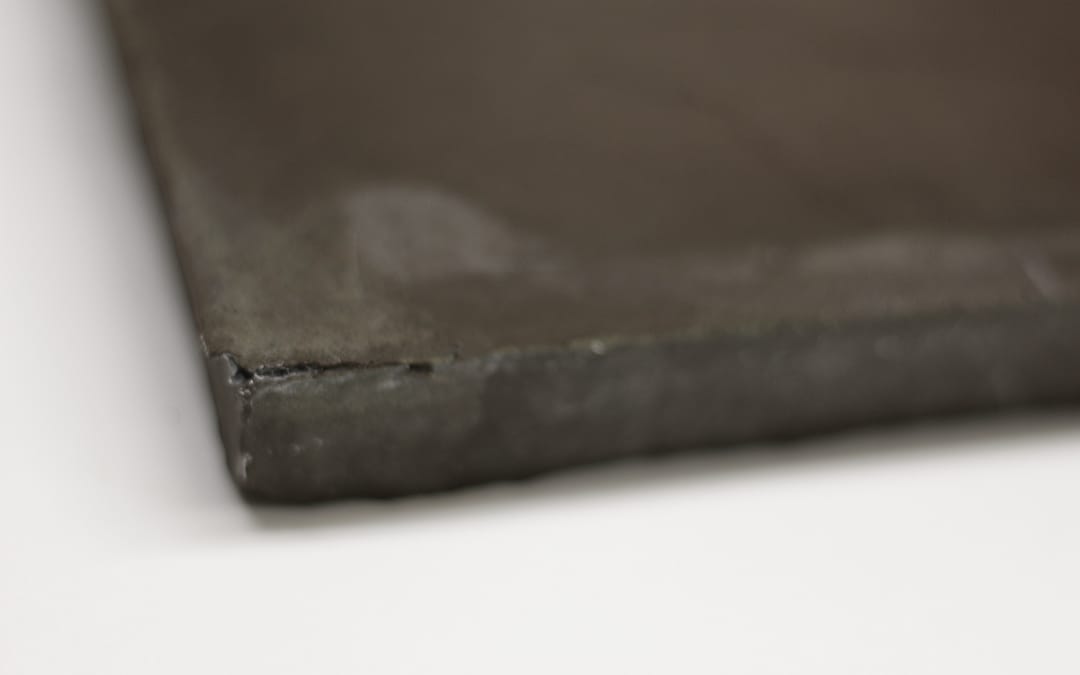 Above: A durable new basalt produce uses a binding agent to reduce energy consumption during production.

After nearly a year of research, PISCES scientists have developed a new ISRU (in-situ resource utilization) process that significantly reduces the time and energy needed to produce sintered basalt products. The sintering temperature required to fuse raw particles into a cohesive material has been reduced by more than 20 percent.

The improved efficiency is attributable to the addition of an inorganic, nontoxic binding agent—a compound that in theory could be synthesized with lunar and Martian resources.

“This technique can significantly reduce energy costs for making structures on the Moon and Mars,” said Christian Andersen, PISCES operations manager and lead researcher. “On Earth, it should make commercialization easier for sintered products with less overhead costs.”

In addition to saving time and energy during production, the binding agent eliminates the need for molds while sintering. It also preserves the longevity of materials used in the sintering process, thereby reducing production costs over the long-term.

Though structural testing has yet to be conducted on the new tiles, they are likely comparable in strength to their predecessors made without a binding agent. The previous generations of tiles have demonstrated structural properties exceeding commercial concrete.

PISCES is applying for research grants to develop the new tiles and hopes to expand the possibilities for additive manufacturing with cost effective, sustainable products for Earth and space construction.