Water Discovered on Sunlit Surface of Moon for First Time 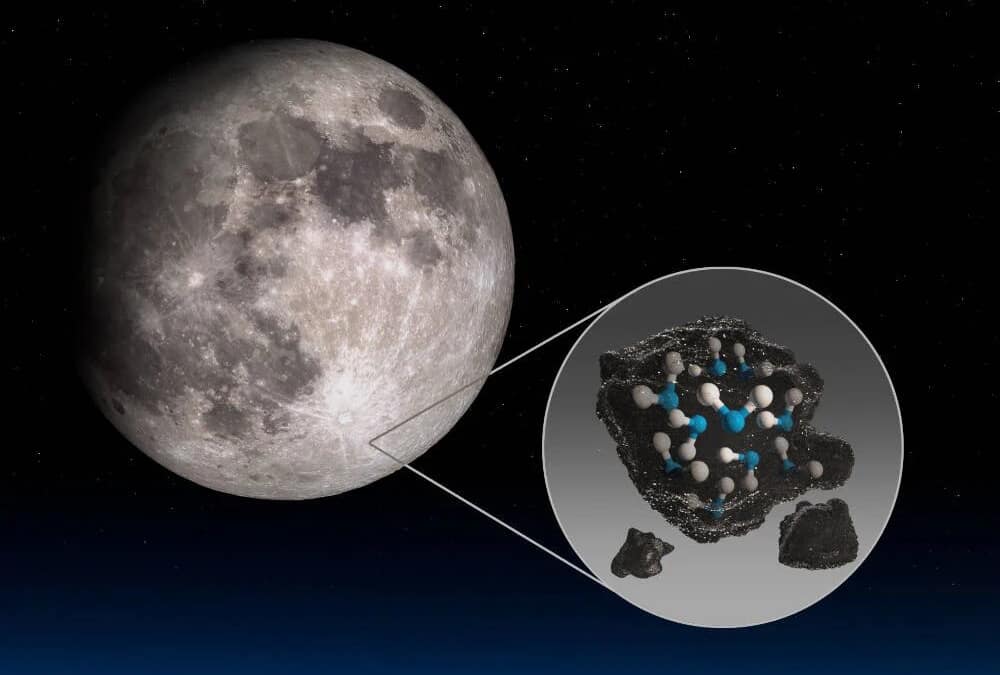 An artist rendering shows the location of a lunar crater where water molecules were recently discovered using a NASA telescope. Credit: NASA/Daniel Rutter

For the first time ever, scientists have confirmed the presence of water on the sunlit surface of the Moon. NASA announced the discovery in late October, challenging existing notions that H20 could only exist in the sub-freezing temperatures of permanently shadowed lunar craters.

“We had indications that H2O—the familiar water we know—might be present on the sunlit side of the Moon,” said Paul Hertz, director of the Astrophysics Division in the Science Mission Directorate at NASA Headquarters in Washington. “Now we know it is there. This discovery challenges our understanding of the lunar surface and raises intriguing questions about resources relevant for deep space exploration.”

Water is an essential resource in space, containing the molecular building blocks for drinking water, breathable air and rocket fuel. It could theoretically be transformed into these resources through In-Situ Resource Utilization (ISRU) technology and sustain astronauts at a permanent lunar base—a key goal in NASA’s Artemis program.

The water, discovered in Clavius Crater, was a very small volume. In fact, the Sahara desert has about 100 times the concentration of water, according to NASA. But the finding is nonetheless significant and suggests the possibility of more water reserves strewn about the lunar surface.

Data for the study was gathered using NASA’s Stratospheric Observatory for Infrared Astronomy (SOFIA), an airborne telescope housed in a 747 aircraft. The telescope is a boon for astronomical data, flying up to 45,000 feet and bypassing 99% of the water vapor in Earth’s atmosphere that can distort observations.

Dr. Casey Honniball, lead author of the study and a postdoctoral fellow at NASA’s Goddard Spaceflight Center, published the data as part of her graduate thesis work at the University of Hawaiʻi at Mānoa. Before her work, scientists had good reason to doubt the presence of water on sunlit regions of the Moon.

“Without a thick atmosphere, water on the sunlit lunar surface should just be lost to space,” said Dr. Honniball. “Yet somehow we’re seeing it. Something is generating the water, and something must be trapping it there.”

One explanation suggests that micrometeorites crashing into the Moon might carry trace amounts of water. Another theory proposes that solar winds may sweep hydrogen molecules to the lunar surface, fusing them with oxygenated minerals and becoming hydroxyl. Radiation from micrometeorite showers could then transform hydroxyl molecules into water.

Dr. Honniball has requested follow-up observations with SOFIA, seeking additional sunlit areas where water might exist. She plans to create a water resource map of the Moon that could support future human missions by NASA.