From Earth to Mars: Motiv’s Path to Commercialize Space 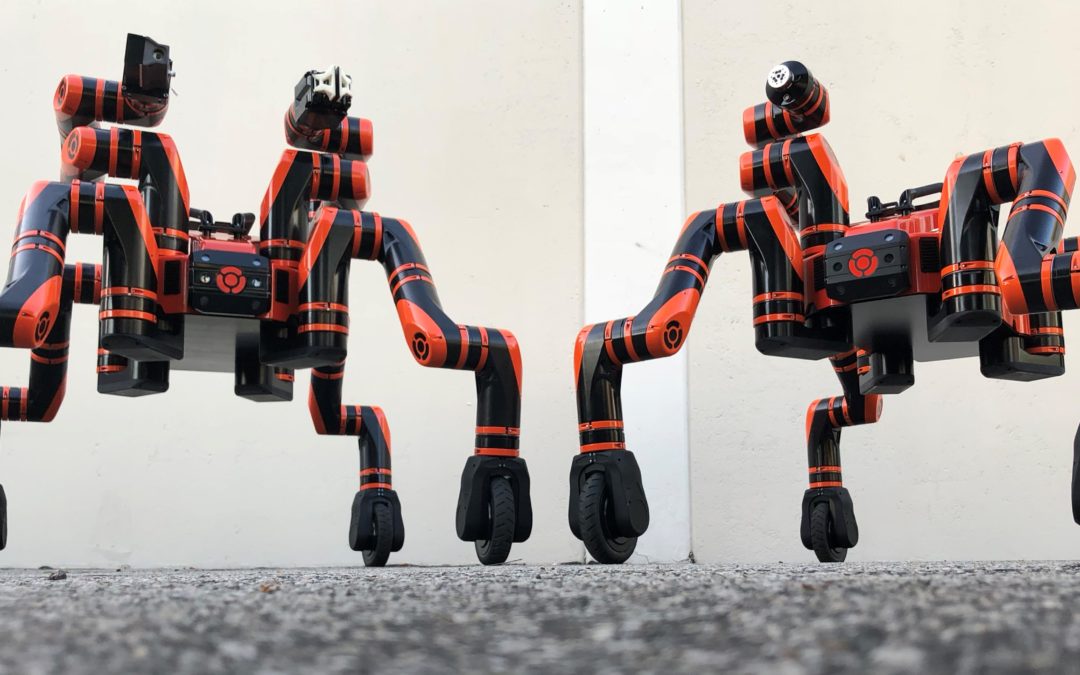 There is a coming gold rush in space, both literal and figurative, as the promise of lower cost access to space couples with the ever-increasing capabilities of robotics to enable new enterprises. These developments in the field of robotics are well aligned with the interest at the national level for increased responsiveness, flexibility and capabilities for flight missions. Additionally, significant and growing commercial interest in activities such as on-orbit manufacturing and assembly, satellite servicing, and in-situ resource utilization of valuable resources (such as water and precious metals on the Moon, asteroids and beyond) are enabled by robust and accessible space robotics

Motiv was founded in 2014 to address these current and future needs for systems integrating electronics, motion control and robotic hardware that can survive the challenges of space and subsequently enable next generation capabilities. In parallel, Motiv also set out to apply best practices, from our collective experience building and sending systems to other planets to mobile ground robots here on Earth to similarly enable new capabilities in smaller, lighter, more capable packages.

Over the last few years, Motiv has been busy developing many new and exciting systems. Our first launched payload in 2018 sent motion control avionics to the International Space Station as part of NASA’s RRM3 mission, demonstrating robotic refueling technologies for spacecraft. Motiv also developed and delivered the 2m robotic arm for NASA’s Perseverance Rover, which launched to Mars on July 30th. Simultaneously with these delivered systems, we designed, built and delivered multiple space-rated motion control systems and mechanisms for other NASA and commercial customers for various destinations in the solar system.

While conquering space, Motiv has also focused on developing a modular robotic system capable of feats of strength and dexterity. RoboMantis is Motiv’s rugged and modular, general-purpose robotic platform that can be configured for almost any task. Informed by the best practices in aerospace robotics system design, RoboMantis is lighter and more capable than previous generations of robots. It is designed to tackle extreme terrain, access remote and dangerous sites, and be able to physically interact with the environment once there. It is a machine designed to perform tasks on the same scale as a human responder, but with the safety, precision and strength afforded by a robot. Motiv is exploring opportunities for RoboMantis in mining, energy, disaster response, agriculture, construction, and other industries here on Earth. Motiv’s robotic systems and integrated tools can make processes more efficient, safer and cost effective by enabling operators to not only inspect, but also react to new information or situations arising during work within these fields.

One of the interesting findings from Motiv’s RoboMantis development efforts was the key realization that the same system approach used for our terrestrial robotics could drastically reduce the cost and lead-time of robotic systems for space. As a result, Motiv’s modular space robotic arm system, xLink, was born. xLink enables an order of magnitude reduction in cost, and significant improvement in lead-time for space-flight robotic systems without sacrificing the performance or reliability needed for space. Motiv’s first xLink launch will be on NASA’s OSAM-2 mission.

At Motiv, we are working on extreme systems—both in performance and environmental functionality—for the Earth, Moon, Mars and beyond. These systems are enabling technologies to expand our collective scientific knowledge, create new capabilities and utilize more of the solar system than ever before. To succeed in space, we design and test to the actual mission environments before they launch. We are looking forward to the chance to work with PISCES to test and validate our systems here on Earth in analog testing sites before sending our revolutionary machines into space.