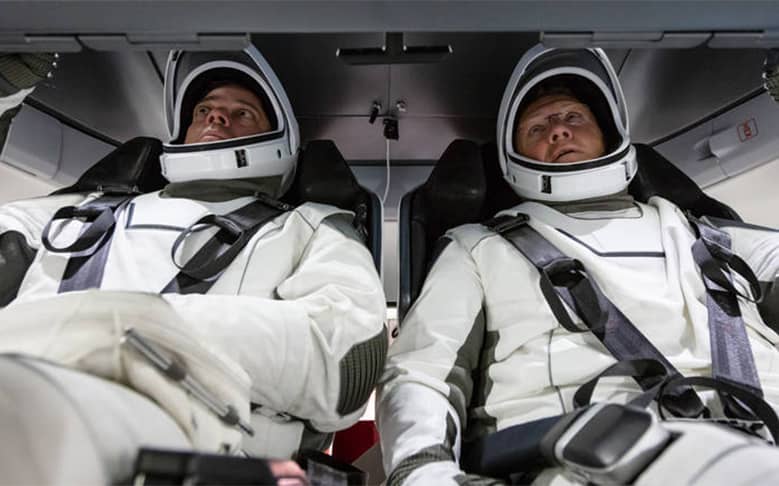 NASA and SpaceX are celebrating a historic launch completed May 30 that successfully brought two U.S. astronauts to the International Space Station aboard a commercial space craft. The mission, dubbed NASA’s SpaceX Demo-2, was the first crewed commercial flight ever sent to space.

Astronauts Robert Behnken and Douglas Hurley launched inside a Crew Dragon spacecraft from Kennedy Space Center’s iconic Launch Pad 39A aboard a SpaceX Falcon 9 rocket, taking to the skies after a previous launch attempt three days early was scrubbed due to weather concerns. About 19 hours later, the crew caught up with the ISS where they docked and were welcomed aboard after depressurizing their spacecraft, marking the successful completion of the first half of their journey.

“I’m really quite overcome with emotion on this day,” SpaceX founder Elon Musk said during a news conference following the launch. “It’s hard to talk, frankly.”

The Demo-2 mission is a critical final test to prove SpaceX’s crewed systems for regular use by American astronauts. Since 2011, when the Space Shuttle program was retired, NASA has been relying on rides aboard Russian rockets to the tune of $90 million per seat.

In about four months, Behnken and Hurley will depart the ISS to return to Earth, completing the final leg of their mission and proving whether Crew Dragon is ready for routine operations. The next Crew Dragon mission is scheduled to be the first operational flight and will carry four astronauts including three from NASA and one from JAXA.