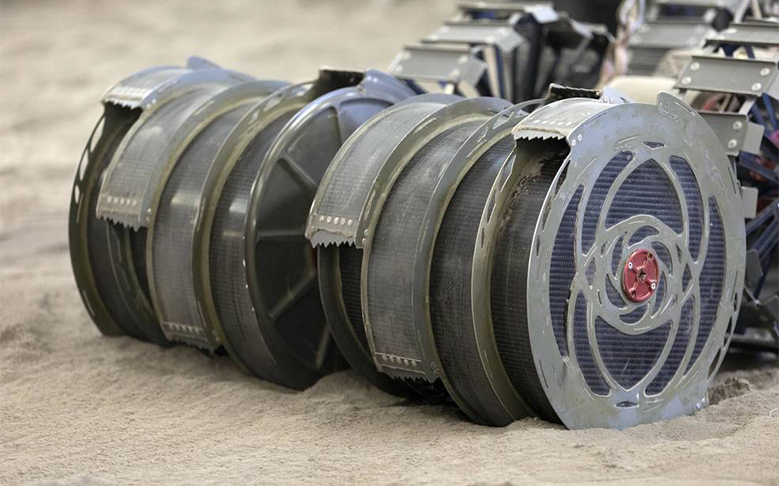 The RASSOR Bucket Drum Design Challenge calls for redesigning the robot’s bucket drum, a component that captures and retains regolith for transport to a storage facility. Specifically, NASA wants a better shape for the bucket drum and baffling (the sheet metal inside the bucket that captures regolith) to capture more material, and improve retention and efficiency while loading and unloading it.

Lunar mining for ISRU (in-situ resource utilization) will be an important step for establishing a human presence on the moon—NASA’s new directive under the Artemis program. Lunar regolith is being sought as a resource to build infrastructure and provide critical resources that will support future astronauts. RASSOR’s current design has already been tested using various configurations in a lunar simulant arena at NASA’s Kennedy Space Center.

NASA says successful bucket drum designs will have regolith fill ratios exceeding 50%. The challenge is being hosted by GrabCAD, a website that allows the public to post 3D models. Eligible individuals can submit an original design that has not previously been published, exhibited or produced. All entries will be judged according to criteria including their design, measurements and regolith capture volume.

A total of $7,000 will be awarded to the top five submissions. Submissions will be accepted through April 20, 2020. For more information about the challenge and how to submit ideas, visit: https://www.nasa.gov/feature/help-nasa-design-a-robot-to-dig-on-the-moon.