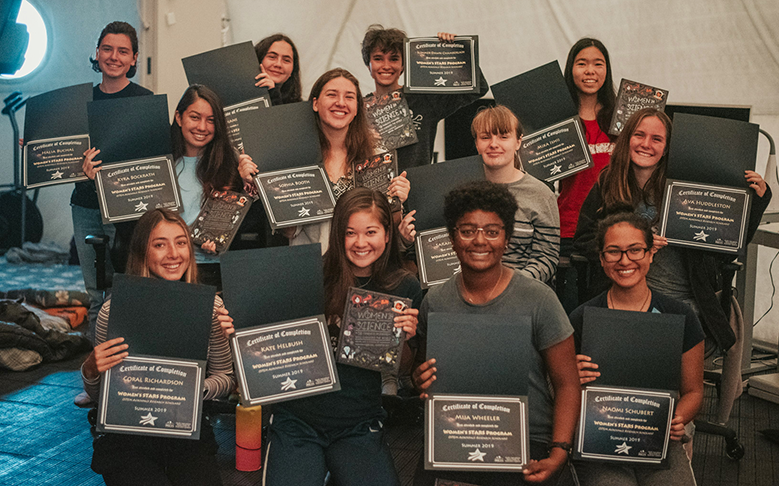 Above: Students of the 2019 STARS Program show their graduation certificates on the last day of the week-long space and science camp at the HI-SEAS habitat on Mauna Loa.

The Women’s STARS (STEM Aerospace Research Scholars) program coordinated by PISCES has been recognized in the 2019-2020 State of the States report issued by Million Women Mentors, an initiative of STEMconnector.

MWM is a national initiative launched in 2014 to support young women in STEM through mentorship, community awareness and nonprofit partnerships. The report highlights mentoring efforts and programs for each of the 43 states currently involved with MWM, including Hawai‘i.

PISCES launched STARS in 2014 to encourage more girls in Hawai‘i to pursue higher education and careers in STEM-related fields. Despite half of Hawai‘i’s total population being female, women fill only 25% of STEM jobs in the state.

To date, STARS has mentored nearly 50 young women in Hawai‘i. Graduates have gone on to major in STEM fields in college and intern with organizations like PISCES and NASA’s Jet Propulsion Laboratory.