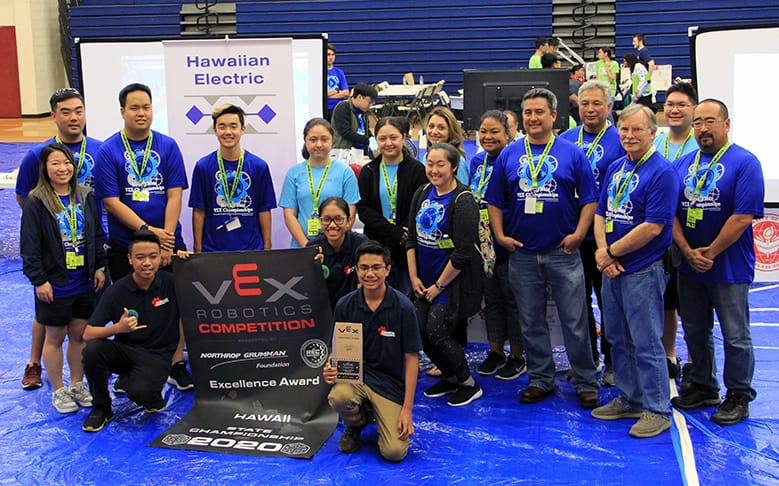 Two Hawaiʻi Island robotics teams will compete in the 2020 VEX World Championship after qualifying in the state championship on Jan. 11 at the University of Hawaiʻi at Hilo. Students from Keaʻau High School and Waiākea Intermediate will be among 1,200 of the top students from around the world to participate in the championship event slated for April 22 – 25 in Louisville, Kentucky.

PISCES staff were among the judges at the day-long State VEX Championship that included 37 teams from Hawaiʻi Island, Maui, and Oʻahu. Seven high school and three middle school teams earned top honors and will go on to the world championship in April.

In addition to qualifying for Worlds, the Keaʻau High Cougar Techs (Team 5968A) claimed the Excellence Award—the highest honor in the high school category—for overall excellence in their robotics program. The team members included Crystal Simeon, Jessary Subia and Everett Ayap, led by coaches John Bonewitz and Jared Hay. Team 394A from Highlands Intermediate School of Pearl City, Oʻahu, was honored with the same award in the middle school category.