Binsted and Solemsaas Join Board of Directors 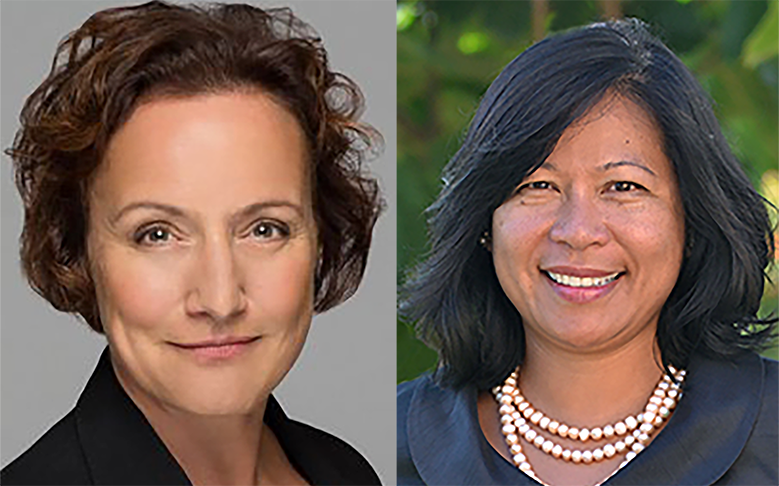 PISCES is welcoming two new members to its Board of Directors. Rachel Solemsaas, Chancellor of Hawaiʻi Community College, and Kim Binsted, Professor of Computer Science at the University of Hawaiʻi at Mānoa, joined the Board last month.

Solemsaas has been the Chancellor of HawCC since July 2016 and serves as the chief executive officer for the college and as an officer for the University of Hawaiʻi system. She has nearly 30 years of public service and leadership experience, previously working with community colleges in Nevada and Washington. Solemsaas also serves as a member of the Hawaiʻi County Workforce Development Board, the Hawaiʻi Island Chamber of Commerce and the East Hawaiʻi Community Partnership HUI. She received her PhD in higher education with an emphasis on community college leadership from Washington State University in 2012, a Master’s in Public Administration from University of Washington in 2002, and a Bachelor’s of Science in Accounting from De La Salle University in 1982.

Binsted is a returning member who left the PISCES Board in September 2018 to pursue a fellowship program in Washington, D.C. As a researcher, she served as the Principal Investigator for the Hawaiʻi Space Exploration and Analog Simulation (HI-SEAS) on Mauna Loa—a NASA-funded study investigating the psychological effects of long-term isolation on humans for space settlement. Binsted previously worked for the Canadian Space Agency from 2009 to 2010 as a program scientist. She also founded a consulting agency in artificial intelligence in 2000.  Binsted received her PhD in Artificial Intelligence from the University of Edinburgh in 1996 and a Bachelor’s in Physics from McGill University in 1991.

Solemsaas’ and Binsted’s appointments will be confirmed at the upcoming Hawaiʻi legislative session in January.