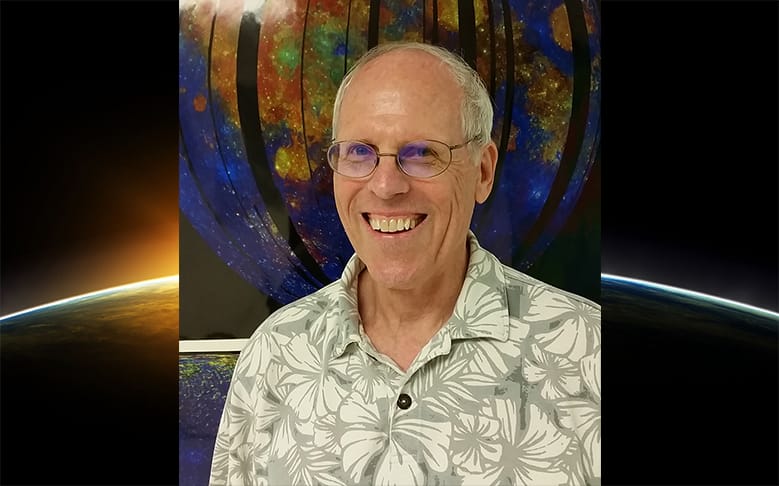 Above: Dr. G. Jeffrey Taylor has researched lunar samples since 1970, concentrating on the chemical composition and geological evolution of the Moon. He is particularly interested in the use of lunar resources to establish a permanent human settlement on the Moon.

A University of Hawaiʻi planetary scientist has been appointed to the advisory board of Blue Origin’s lunar lander project, Blue Moon.

Dr. G. Jeffrey Taylor of the Hawaiʻi Institute of Geophysics and Planetology (HIGP) at the University of Hawaiʻi at Mānoa, will provide feedback to the Blue Origin lander team about the lander design, potential Moon landing sites, lunar surface composition, resource exploration and other mission goals.

“Being a member of the science advisory board for the Blue Moon project is an exciting opportunity to help advance the dream many of us have had since Apollo—the settlement of space,” Dr. Taylor said. “It gives the board members the chance to use our knowledge of the Moon to help plan the path to using its resources for the benefit of people on Earth. It is an exciting time!”

Dr. Taylor is a researcher emeritus at UH Mānoa who also advises PISCES’ Materials Science team on lunar regolith as part of the agency’s basalt sintering research. He is among six scientists appointed to the advisory board for Blue Moon.

Unveiled in May 2019, the Blue Moon lander is a robotic spacecraft designed to carry various cargo payloads to the Moon. Its first mission is slated for 2024. According to the Blue Origin website, Blue Moon aims to “provide precise and soft landings and will enable a sustained human presence on the Moon.”