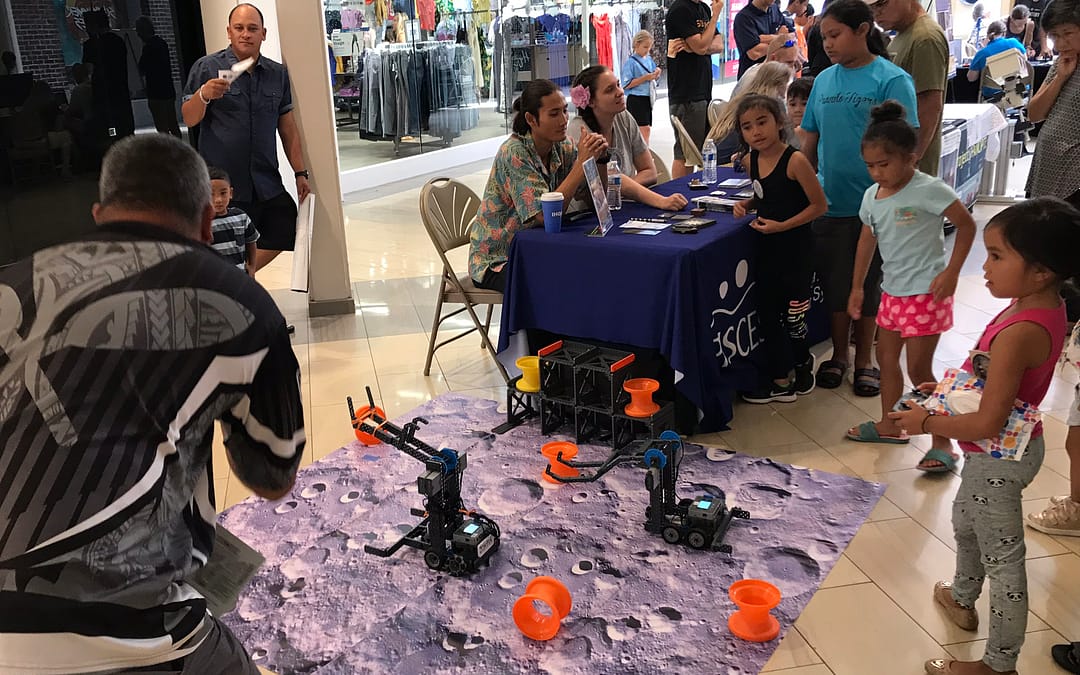 Above: Keiki play with VexIQ robots at the PISCES table, one of 85 booths at the 18th annual AstroDay event in Hilo.

The 18th annual AstroDay in East Hawaii on May 4 (now recognized by the adage, “May the Fourth be with you”) was a soaring success. Sponsored by the Maunakea Observatories and coordinated by the University of Hawaiʻi Institute for Astronomy (IfA), the event was supported by some 200 volunteers from observatories on Maunakea, Mauna Loa and Haleakalā, as well as other science and education organizations.

Volunteers engaged visitors of all ages with physics and astronomy activities, science demonstrations and robotics. Robots and technology were among the highlights this year, with high school teams from Hilo and Keaʻau attending the event at Prince Kuhio Plaza (PKP) in Hilo.

The event also featured research talks by two local scientists who were recently featured in the news: Dr. Heather Fwelling of IfA spoke about a comet named after her; Dr. Jessica Dempsey of EA Observatory/JCMT described her role in the first-ever imaging of a black hole named Pōwehi.

“This is the largest crowd I’ve seen in years,” said PKP Property Management Associate Makana Guillermo during the event. “There’s so much energy here today!”