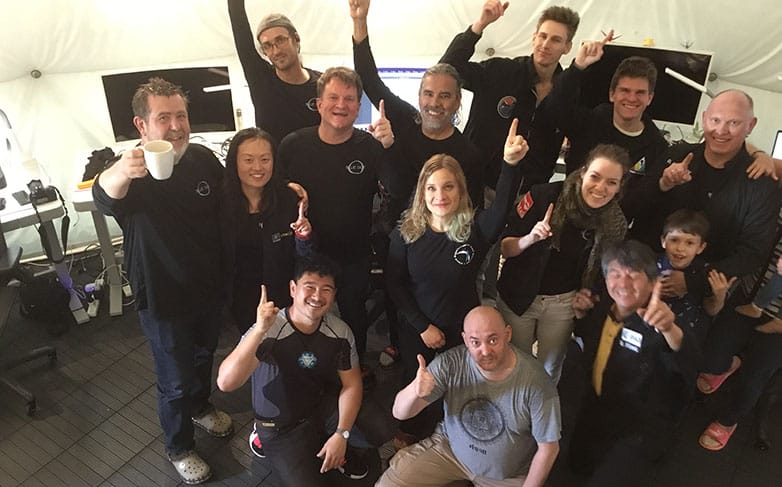 The EuroMoonMars initiative is an evolving pilot research program with a series of instruments, investigations and facilities that are relevant to Moon/Mars science, astrobiology, technology, habitability, utilization, as well as inspiration and education for young professionals and the public.

Developed in 2008 by ILEWG, EuroMoonMars has organized field campaigns in specific locations of interest for science and technology in space exploration, including during the latest HI-SEAS mission in March. In addition to Hawaii, these locations have also included ESTEC, EAC at Utah’s Mars Desert Research Station, Eifel, Rio Tinto, Iceland, La Reunion and LunAres base in Pila, Poland.

EuroMoonMars supported a precursor field campaign at the HI-SEAS habitat in May 2018 to test technologies and protocols with a crew commanded by Henk Rogers, CEO of Blue Planet Foundation and founder of the International Moonbase Alliance. ILEWG and IMA signed a collaboration agreement to further develop a campaign dubbed EMMIHS, which partnered EuroMoonMars, the International Moonbase Alliance and HI-SEAS from February 2018 through March 2019. Some preparation activities were conducted at ESA ESTEC beforehand. This latest two-week mission at HI-SEAS in March was a project under this partnership.

The mission support team also went to HISEAS to train the crew prior to the recent EMMIHS mission, and to simulate a visit and delivery from Earth with a prestigious crew including ISS astronaut Oleg Artemyev and IMA founder Henk Rogers (both pictured above).

In 2018-2019, EuroMoonMars also supported activities at Eifel, the preparation of an ESA-Lab campaign to build a Moon habitat in ice (referred to as an “IgLuna”) at Zermatt Swiss glacier in Iceland.

Author Bio
Professor Bernard Foing is a French senior scientist at the European Space Agency (ESA), executive director of the International Lunar Exploration Working Group (ILEWG). He previously worked as the principal project scientist for SMART-1, the first European mission to the Moon. A professor at VU Amsterdam, Foing holds a doctorate in astrophysics and space techniques. He is the author of 16 books and has published some 800 research articles, including 221 peer-reviewed papers.