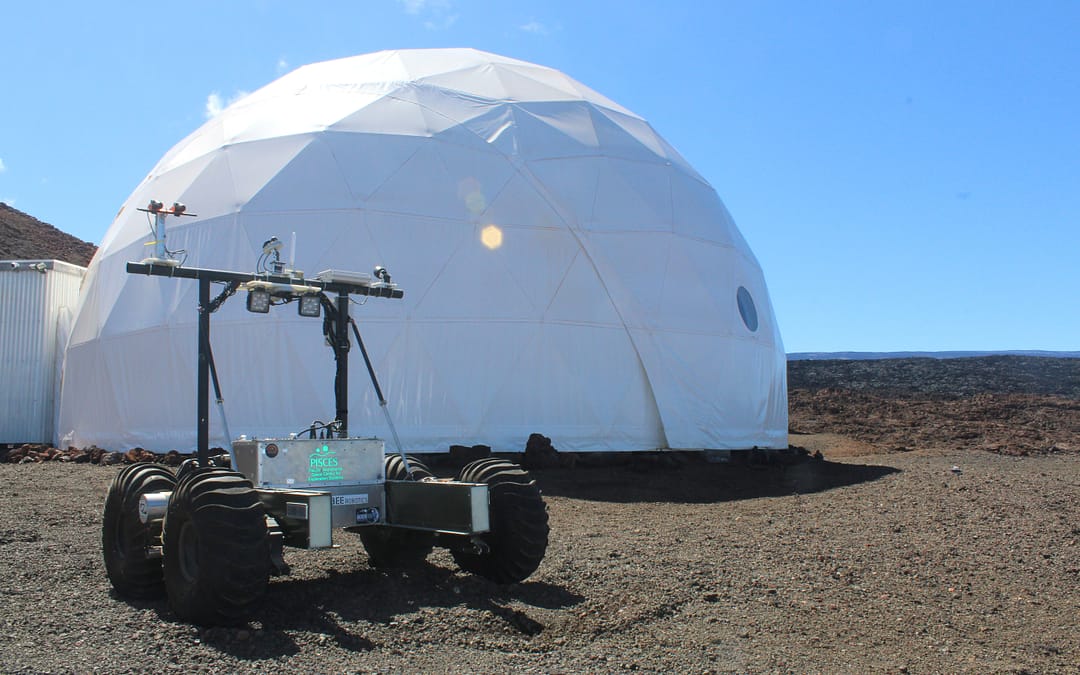 The Hawaii Space Exploration and Analog Simulation (Hi-SEAS) habitat has resumed studies for human space travel with the launch of a two-week mission that began Feb. 20. An international crew of six are conducting experiments and research during the mission to support future human missions to the Moon and Mars.

Leading the crew is University of Hawaii at Mānoa’s Michaela Musilova, chief investigator for HI-SEAS and the International Moonbase Alliance (IMA). The team consists of a geologist, anthropologist, journalist, systems engineer and geochemist. During their stay, crew members will conduct geological and drone surveys, explore lava tubes and test space exploration instruments. One of their experiments was designed by a Slovakian high school students who won a “Mission to Mars” competition organized by Musilova.

Under NASA funding, HI-SEAS has been focused on studying the long-term effects of human isolation. Since 2012, five long-term studies have been completed at the dome-shaped habitat. NASA awarded a $1 million grant last December to begin detailed analysis of the data collected on personalities, group dynamics, team cohesion, cognitive function and behavioral health changes.

The habitat’s focus has now shifted to short-term missions focused on preparing astronauts for living on the Moon. The latest simulation is under the EuroMoonMars initiative, led by the International Lunar Exploration Working Group of the ESA, in partnership with IMA, European Space Research and Technology Centre and Vrije Universiteit (VU) Amsterdam.

In a University of Hawaii (UH) news release, Musilova said: “These missions are open to researchers around the world to take part in, provided their research will help contribute to the exploration and colonization of the Moon and Mars.”

Individuals interested in applying to become a crew member or proposing a scientific project for future missions should contact Musilova at musilova@moonbasealliance.com.

Entrepreneur Henk Rogers—the HI-SEAS habitat’s official owner—is the founder of the International Moonbase Alliance (IMA) which intends to build a prototype lunar base on Hawaii Island followed by an actual lunar base on the surface of the Moon.