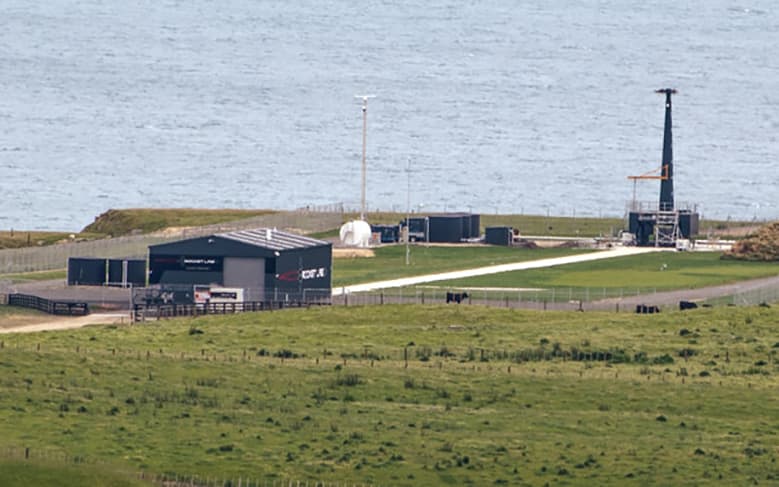 Above: The proposed facility would be similar to Rocket Lab’s small vehicle launch site located on the Mahia Peninsula of northern New Zealand.

Alaska Aerospace Corp. is proposing the construction of a launch facility in East Hawaii to send small satellites into space. Called the Pacific Spaceport Complex Hawaii (PSCH), the facility would consist of two launchpads measuring 20’ x 20’ and 20’ x 60’ on 12 acres of W.H. Shipman land in Keaʻau.

The Hawaii Dept. of Business, Economic Development and Tourism (DBEDT) has contracted an Environmental Assessment (EA) to determine the impacts of such a facility on the environment, provide recommendations and accept public feedback. Alaska Aerospace and W.H. Shipman are awaiting the results of the EA to make any formal agreements that would set the project in motion.

If constructed, PSCH would facilitate the launch of small satellites (e.g. nano and cubesats) for communication, navigation and imaging systems. According to Alaska Aerospace CEO Craig Campbell, private companies like Rocket Lab and Vector Space Systems could use the site to launch 40- to 50-foot rockets into low-Earth orbit. The facility would accommodate solid and liquid fuel rockets for one to two launches per month.

Located between Haʻena Beach and Papaʻi Bay, the site was selected for its proximity to the coast, access roads, neighboring infrastructure (airport and sea port) and its isolation from populated areas. Hawaii’s overall geographic location near the equator is advantageous for equatorial launches.

Together with Alaska Aerospace, W.H. Shipman, Hawaii Island Economic Development Board (HIEDB), Hawaii Spaceflight Lab and the Office of Aerospace Development, PISCES has been participating in meetings to discuss the project with local lawmakers and community members.

Since the project was announced, public reactions on Hawaii Island have varied. Those who support the project note the potential for high-paying employment opportunities, benefits to the economy, and the possibility of new education tracks at local colleges and universities. Others express concern for the potential safety and environmental impacts of a launch site, as well as the cultural implications and concerns voiced by Native Hawaiians who object to further development on Hawaii Island.

As part of the EA requirements, PSCH partners will hold a public informational meeting about the project on Wednesday, Feb. 6., at the Grand Naniloa Hotel in Hilo. Attendees will have the opportunity to ask questions and submit written comments for consideration.