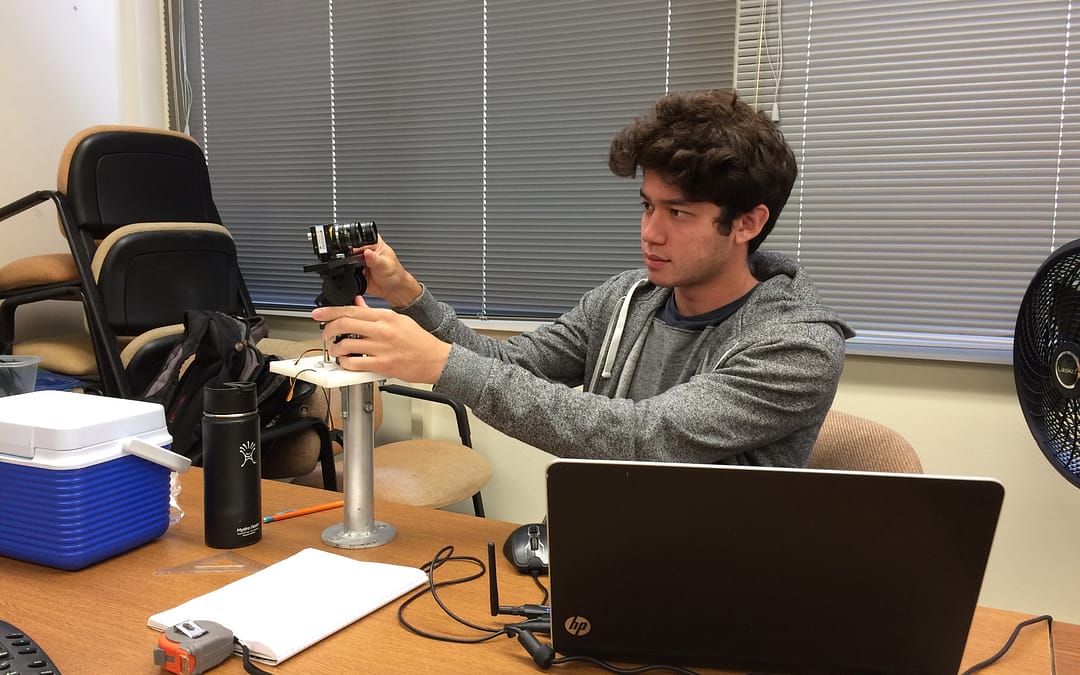 Above: Aaron Roth configures a 3D imaging camera system during his summer internship at PISCES in 2017.

Former PISCES intern and Waiākea High School graduate Aaron Roth has been hired to work at NASA’s Jet Propulsion Laboratory in Pasadena, California. Aaron begins his employment after he graduates in May 2019, following a baccalaureate in Computer Science from Arizona State University.

The Hilo native has already been interning with NASA JPL to develop systems for the agency’s next major robotics mission to Mars, the Mars 2020 rover. Aaron has tested systems software programs that process data received from robots on Mars to ensure they are functioning properly.

“So far, JPL has been such an awesome experience, I am so grateful,” Aaron said. “PISCES really put an awesome start to my career and I wouldn’t be here today if it wasn’t for them.”

During his PISCES internship, Aaron worked with the robotics team during 2016 and 2017 developing and programming the stereoscopic imaging system aboard the analog planetary rover, Helelani. He said his internship cultivated the skills he needed to work on robotics at a more advanced level.

The staff at PISCES wish Aaron a warm congratulations!