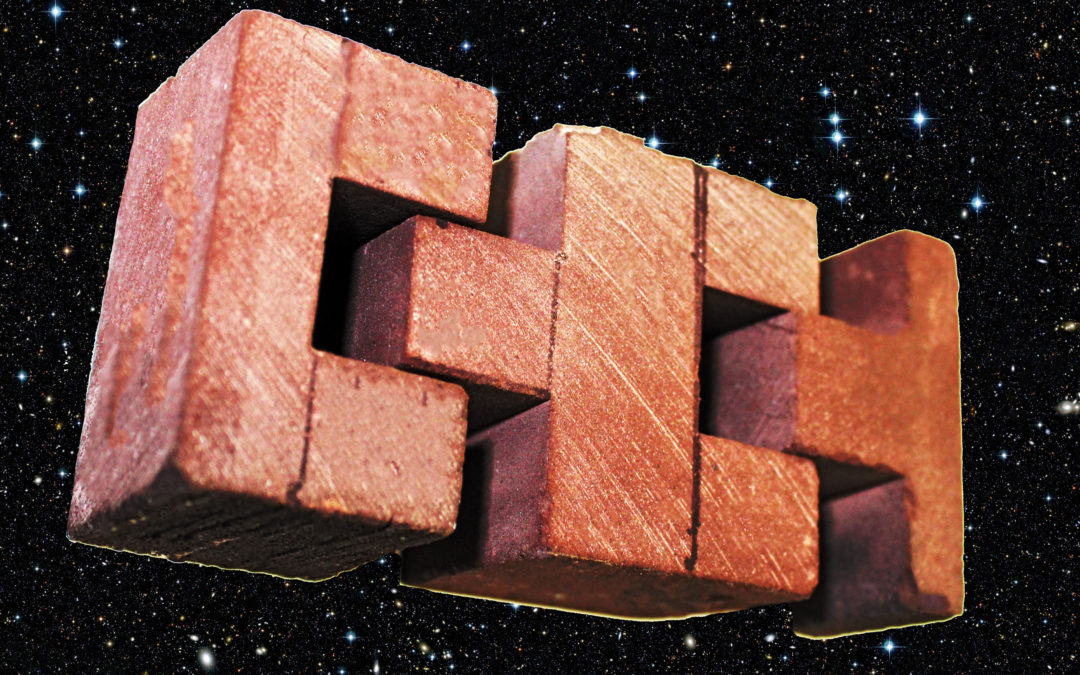 These LEGO blocks are not the familiar plastics bricks you may have pieced together as a kid or given to your children to play with. In fact, these blocks could one day form the foundations of habitats and infrastructure supporting astronauts on places like Mars, the Moon and other worlds.

Funded by a NASA Phase 1 STTR grant last year awarded in partnership with Honeybee Robotics, PISCES set out to research innovative designs for building blocks made from locally sourced volcanic basalt. The objective was to create a prototype planetary LEGO brick using local, raw materials that could be made robotically on other planets. The process, known as ISRU or in-situ resource utilization, could also be used to create sustainable building materials on Earth. Now, nearly one year since the project began, the goal is nearly in sight.

After spending many long days in the lab experimenting with various thermal profiles and mold designs, PISCES Geology Technician Kyla Defore and Operations Manager Christian Andersen have finally created the full-size block design they intended. But this not-small achievement came with a few challenges.

Using only rock dust from Hawaii Island quarries and sustained heat, many of their early attempts were fraught with stress cracks and other imperfections, which compromised the structural integrity of the full-sized bricks. The problem seemed to lie in the initial mold designs, which were expanding during heating periods and contracting when cooling.

After adding insulation materials to prevent varying temperature gradients (or temperature changes at different places along the brick) and adjusting the mold design to secure the basalt, they found a winning technique that created a usable Planetary LEGO block free from defects.

The final step in the project will be stressful—for the LEGOS. To determine how they measure up to conventional building materials and how they might withstand harsh environments, the LEGOs will undergo flexural and compressive strength tests. If previous efforts are any indication, the blocks will likely perform well.

During a robotic launch and landing pad project conducted in 2016, PISCES sintered a series of basalt pavers tiles that exceeded the strength of residential and specialty concrete. Planetary LEGO blocks are the latest incarnation of this research, and the next step in their evolution will involve the production of more samples to begin building various structures that can be tested and shared with the ISRU community.