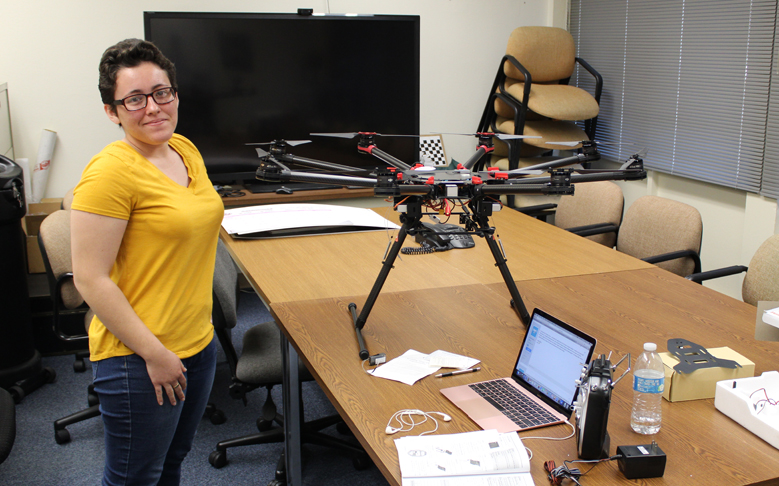 UC Boulder student and former PISCES intern Lily Leyva poses with the UAV she built and programmed over two weeks during the holidays at PISCES headquarters in Hilo, Hawaii.

While many people were taking time off for the holidays, former PISCES intern Lily Leyva was hard at work assembling PISCES’ new UAV (unmanned aerial vehicle). The octo-copter is part of a project with the County of Hawaii’s Dept. of R&D to create a fire ant bait dispersion system in tree canopies.

Lily had returned home to Hawaii Island for the holidays after completing her first semester at University of Colorado at Boulder where she is studying Aerospace Engineering. She interned with PISCES during Summer 2017, assembling and programming a 3D printer, designing planetary building blocks, and conducting geology field work. The Kea’au High School alumna is also a 2016 STARS Program graduate.

Though she had no experience building UAVs, Lily’s knack for engineering and natural ingenuity had the vehicle fully assembled and partially programmed within days. She said she enjoys learning and trying new things, and that the project has been a lot of fun for her.

The next step in the project will be to design and integrate a fire ant bait dispersion payload aboard the UAV and conduct field tests to confirm the system’s effectiveness.