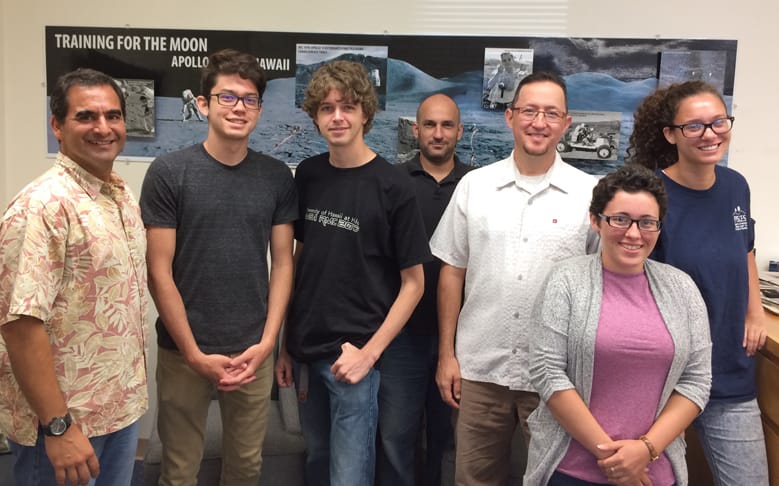 The interns were hired by the Department of Labor and Industrial Relations (DLIR) as part of a joint partnership to provide hands-on working experience in the fields of engineering, programming and basalt research. DLIR is providing the students with paid salaries and fringe benefits totaling 2,000 working hours under the program.

The 2017 Summer Internship Program students are:

Aaron  is a Hawaii native currently attending Arizona State University and majoring in computer science. He interned with PISCES last year, and was an active member of his robotics club during high school. With a natural love for computer science and robotics, he hopes to one day work for NASA or JPL. As a kid, Aaron was inspired by Hawaii events like Ellison Onizuka Day and Journey Through the Universe.

Jack came to Hawaii Island from the Midwest three years ago. He is pursuing a degree in Electronics Technology at HCC with a personal focus on embedded system programming. Jack’s experiences draw from hobby projects and work with UH Hilo’s Robotics Club. In fact, he designed the user interface control and server for the club’s mining rover “Spock” which competed in NASA’s RMC this year.

Originally from Japan, Andrew Hasegawa studied theatrical production arts at Ithaca College in New York. He took up electronics technology at HCC last year and intends to complete his associates degree in Spring 2018. Andrew is working with PISCES to learn more about computers and information technologies. He worked at Subaru Telescope for about a decade up until last summer.

Lily is a Hawaii Island native and former PISCES STARS Program participant. She was inspired to work with PISCES after attending the summer program. Lily is interested in aerospace engineering, and wants to join the effort of space research and exploration in Hawaii. The Kea’au High School graduate hopes to help build a future akin to Star Trek, where people work together to solve big problems.

Kyla is a returning intern and UH Hilo graduate. Now in her third year with PISCES, the recent geology graduate is well-versed in the world of planetary science. Kyla worked with NASA’s BASALT Mars research project in Hawaii last year. She is a Hawaii Space Grant Winner and plans to attend graduate school.

The staff at PISCES is pleased to work with this exceptional group of students. Welcome to the team!