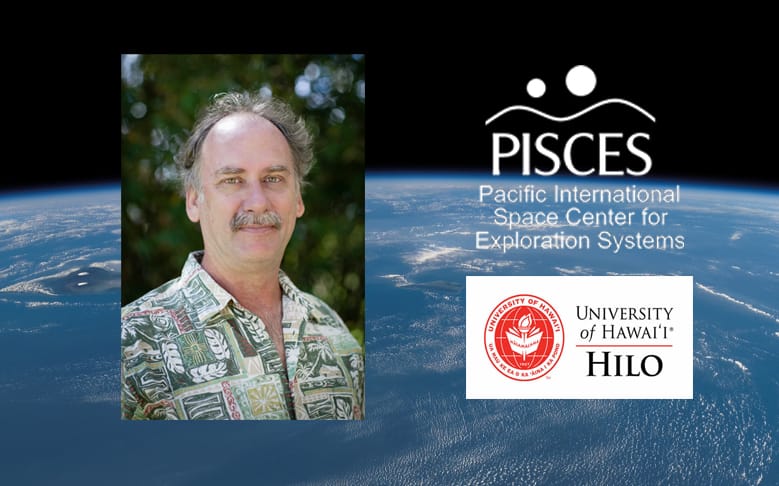 PISCES’ Test Logistics/EPO Manager and UH Hilo Physics and Astronomy instructor, John Hamilton, has been recognized with the Frances Davis Award for Excellence in Undergraduate Teaching.

Hamilton continuously works to educate and inspire his students with the obvious passion he has for astronomy. His work through various projects, including with PISCES and the UH Hilo Robotics Team, helps his students get real-life experience in the science world during their academic years. Students have expressed that these experiences, such as volunteering with NASA scientists for live experiments, are incredibly valuable for the advancement of their careers by forging connections with prominent scientists and space agencies. Hamilton’s students also note that his own style of teaching has shown them that learning is more than equations and memorizing facts; it is about the work they put in and the skills they develop along the way.

Hamilton is among six University of Hawaii instructors to receive the Frances Davis Award this year. The award is given for dedication and demonstrated teaching excellence with undergraduate students. It was originally established as a memorial to the late Frances Davis, who taught mathematics at Leeward Community College and UH Mānoa for nearly two decades.