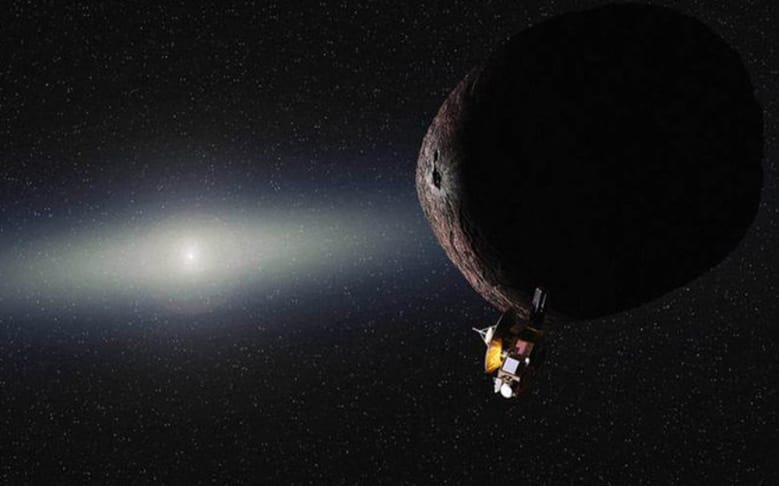 NASA’s New Horizons spacecraft made history almost two years ago when it completed a flyby of dwarf planet Pluto, returning groundbreaking data and imagery to giddy scientists on Earth. No spacecraft had ever come so close to the previously-thought-of planet, nor had such rich images been returned and analyzed.

Now, New Horizons has a new course plotted that will take it roughly a billion miles beyond Pluto – a Kuiper Belt object (KBO) impersonally dubbed “2014 MU69.” The newfound icy ball was discovered in 2014 by the Hubble Telescope, and is one of trillions of objects like it thought to inhabit the Kuiper Belt on the frigid outskirts of our solar system. New Horizons is expected to encounter MU69 in January 2019.

The course was set in part due to the fuel reserve left aboard New Horizons. Scientists thought it would make a fuel-efficient choice. But, more importantly, they hope to glean valuable data about the early solar system. MU69 is thought to be a raw chunk leftover from the formation of the solar system and could tell us more about the beginnings of the sun and our neighboring planets.