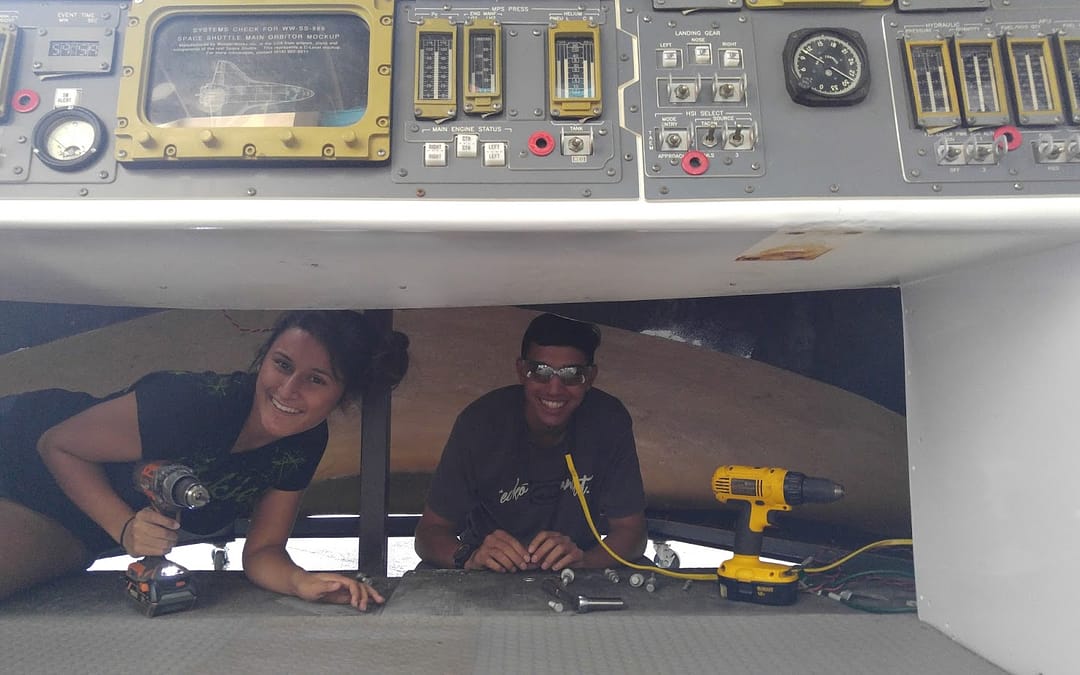 Two Keaau High School students pose for a picture while working on the recently reconstructed Space Shuttle Flight Simulator set to be unveiled during our ceremony honoring Ellison Onizuka.

The Pacific International Space Center for Exploration Systems (PISCES) is honoring one of Hawaii’s heroes this month.

PISCES and Keaau High School will be hosting a special ceremony at 4 p.m. on Jan. 28 at the school located on 16-725 Keaau Pahoa Road in Keaau, Hawaii.

The event includes a surprise unveiling of the students’ recently reconstructed Space Shuttle Flight Simulator for the 30th anniversary of the NASA Space Shuttle orbiter Challenger mission.  On that day in history, NASA astronaut and Big Island native Ellison Onizuka died when the space shuttle exploded 73 seconds after liftoff.

Although Onizuka lost his life, his legacy lives on today. He is remembered as the first Asian American and first person of Japanese ancestry to reach space. He was also Hawaii’s first astronaut. Onizuka Air Force Station in California, the Onizuka Village family housing on Hickam Air Force Base, the Onizuka Center for International Astronomy on Mauna Kea, and the Ellison S. Onizuka Space Center at the Kona International Airport were named in his honor. Two astronomical features were also named after him including an asteroid and a crater on the Moon.

PISCES Executive Director Rob Kelso was inspired to pay homage to Onizuka, his family and loved ones with a special ceremony this year. Having worked closely with him during a secret shuttle mission in 1985, Kelso described Onizuka as “a dear friend.”

The event is open to the public and will include a performance by Keaau High School’s Taiko drummers, a presentation by the U.S. Air Force Color Guard, speeches and more.