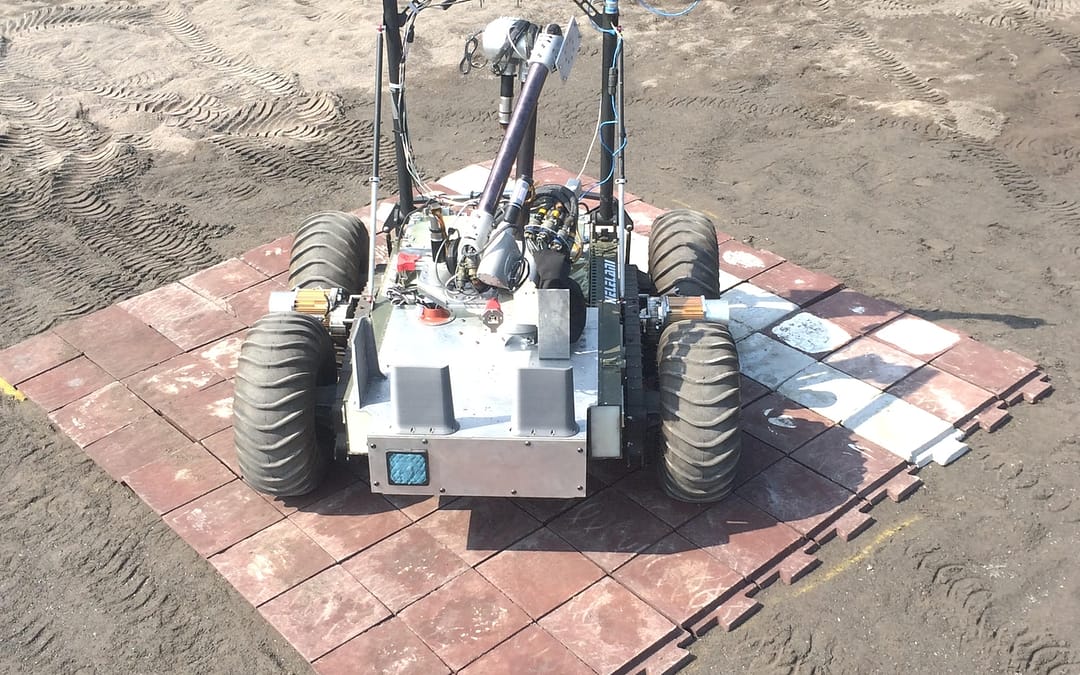 The Helelani rover is seen here after laying down the 100th paver for the Vertical Take-off/Vertical Landing Pad project on Hawaii Island.

Part of PISCES’ Space Act Agreement with NASA on the Vertical Take-off/Vertical Landing Pad project required our team to finish construction of the pad by the end of 2015. Thanks to the hard work of our dedicated staff, we were able to lay down the 100th basalt paver by the end of the year.

PISCES Project Manager Rodrigo Romo administered work at the test site near Puna, while PISCES Operations Manager Christian Andersen spent the past few months baking the basalt pavers that were placed onto the site with our robotic rover.

The VTVL pad is part of PISCES’ Additive Construction for Mobile Emplacement project and is a partnership with NASA Swamp Works, Honeybee Robotics, ARGO, Hawaii County Department of Research and Development and the state of Hawaii.

Landing pads may become vital to space exploration in the future, as they prevent dust and debris from damaging spacecraft landing on planetary objects. The next step for the project will be to check the pad’s durability with a simulated rocket engine plume thrust testing.