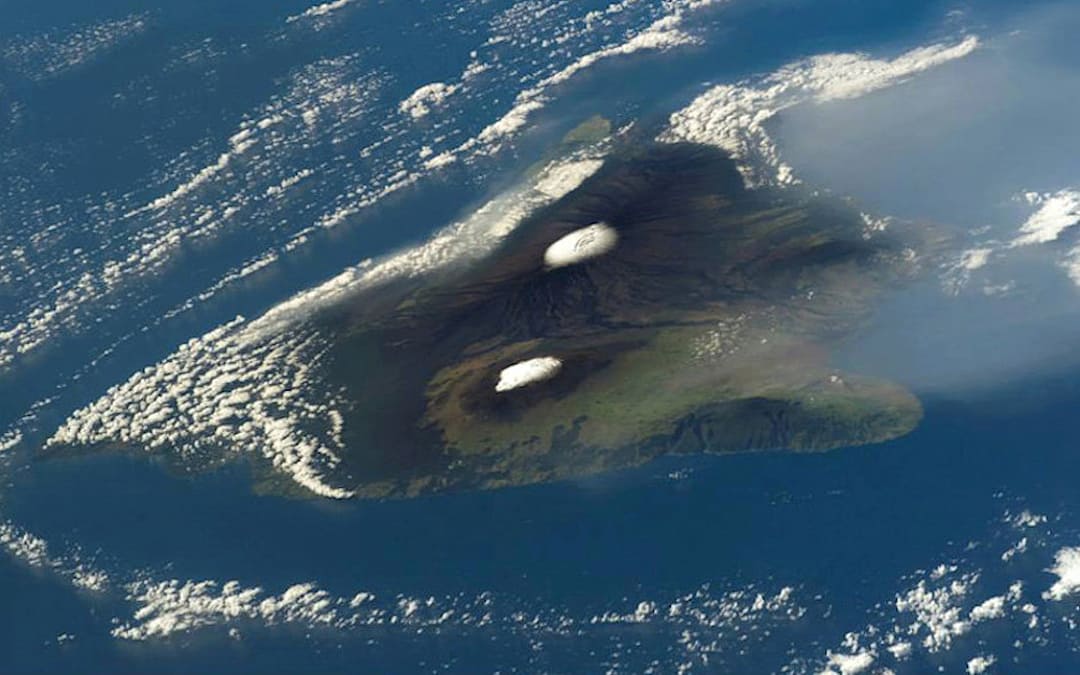 During his presentation, Rob discussed our current activities, including the basalt “lunar” sidewalk construction project in downtown Hilo, our work on the NASA launch pad, and our various educational outreach programs.

His focus for the talk, however, centered around the future of aerospace in Hawaii. Rob explained how he recently talked to a meeting of joint chambers to share the urgent need for leadership in order to seize the opportunity for a vital aerospace industry that would serve Hawaii and its future generations.

He stressed the point that Hawaii has the right location and a population that needs a high tech industry to prevent any brain-drain.

He also mentioned the need to move from Hawaii being the “worst State for business,” which it has been during past three years. In order to do so, he said there are certain steps to be taken, such as establishing goals at the State and County level and committing to the cause.

There must be the ability to build and maintain a strong coalition with “credibility in making agreements and honoring them,” describing the State’s commitment as “unclear.”

From Kelso’s perspective, there are two projects for immediate focus on Hawaii Island that include space tourism at the Kona airport and a small satellite launch center in East Hawaii.

He suggested that in order to accomplish this vision then key parties need to reach consensus and speak with a unified voice and that incentives are needed to attract businesses to invest in Hawaii.