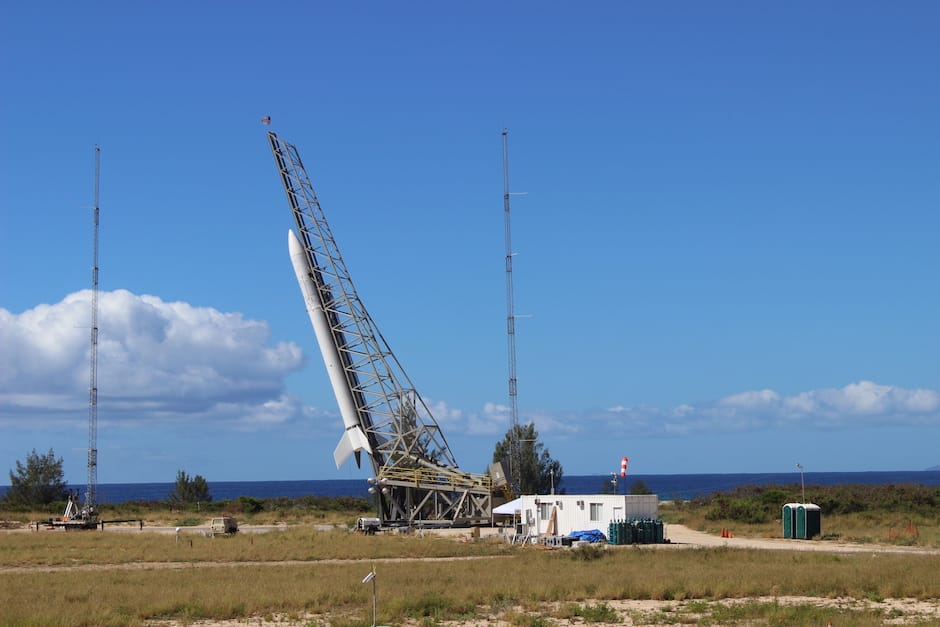 U.S. military authorities have granted approval for liftoff Tuesday of a simplified satellite launcher from Hawaii on a test flight officials say will help drive down the costs of sending small spacecraft into orbit.

Standing 67 feet tall and measuring 5 feet in diameter, the Super Strypi launch vehicle is based on a Cold War-era suborbital sounding rocket design, but with modern propulsion and a purpose-built launch pad at the U.S. Navy’s Pacific Missile Range Facility in Kauai, Hawaii.

The rocket was supposed to blast off Oct. 29, but launch crews encountered issues in pre-flight processing that put the mission on hold. Officials said late Monday the launch is now on track for Tuesday.

It will take about 13 minutes to deploy the rocket’s 13 payloads into polar orbit.

Hazard notices released to pilots indicate the three-stage rocket will soar south from its launch pad at Kokole Point, a sandy beach on the southwest shore of Kauai.

A powerful first stage motor, called the LEO-46, will drive the rocket off a more than truss-mounted erector rail system tilted toward the flight’s southerly launch trajectory. Engineers based the rail launcher on an old system used on the Scout rocket program retired in the 1990s, and placed the 100-foot-tall tower at a new concrete pad on Kauai.

The Super Strypi’s first stage motor, which Aerojet says generates 284,000 pounds of thrust, will quickly accelerate the 31-ton rocket past the speed of sound.

The Super Strypi has twice the thrust-to-weight ratio of any operational space launcher, and the rocket’s high-powered spin-stabilized first stage motor will push the rocket into the rarefied upper atmosphere in a burn lasting about 76 seconds.

Canted aerodynamic fins at the base of the rocket will maintain its orientation in the first phase of flight. When the Super Strypi’s second and third stage motors take over, a cold gas thruster system will keep the rocket spinning to ensure the rocket stays on course.

Once the two upper stage motors completed their firings, each expected to last less than one minute and separated by short unpowered coasts, the satellites aboard the rocket will eject from their launch adapters.

The target orbit has a top altitude of 304 miles (490 kilometers) and a perigee, or low point, of 257 miles (415 kilometers), with an inclination angle of 94.7 degrees to the equator, according to a website run by the Hawaii Space Flight Laboratory, a University of Hawaii center that built the largest satellite riding on Super Strypi.