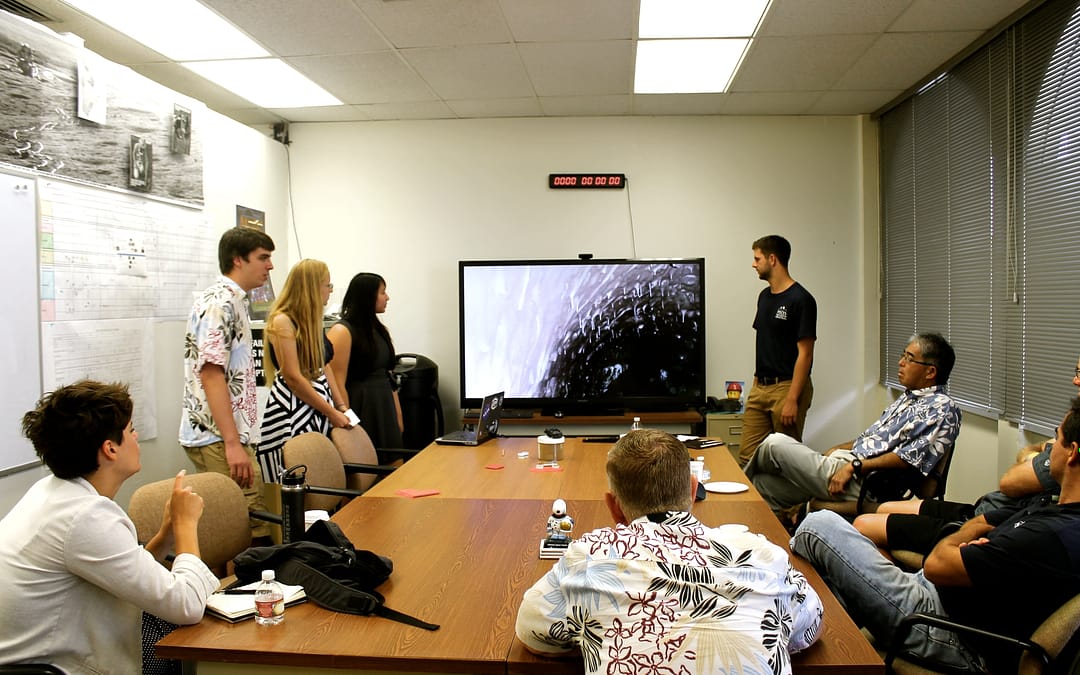 Participants of the PISCES 2015 Summer Internship Program are seen here during a presentation on their research on Aug. 7.

From analyzing life in Big Island caves to developing a navigation program for the Helelani planetary rover, interns described how they used their skills and talents during a presentation of the 10-week program on Friday.

The interns were separated into two groups, one for site characterization and another focusing on robotics.

Romo said this was his second year of working with the summer interns and he was pleased to see the projects evolve with the students.

“When anyone wants to test hardware or software to the Moon or Mars, they have to test it on time delay conditions,” Romo explained.

Milovsoroff, Wasser, Thomas and Bouchet were the interns and volunteers focusing on site characterization. They traveled to Kaumana Caves and Kula Kai Caverns, along with various other locations to help identify new skylights, lava tubes, and other sites that could serve as useful planetary analogous for pre-spaceflight testing.

The students also collected information at each site and hope to build a database from their research to be used by future studies.