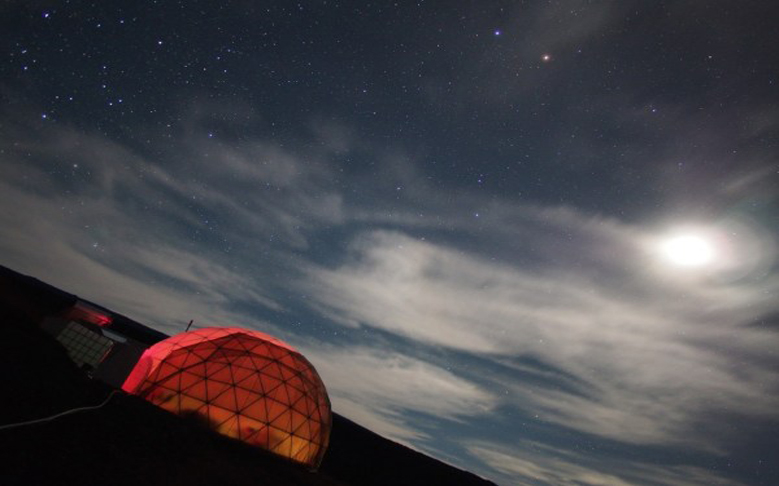 Six scientists will spend the next year in isolation as part of the upcoming Hawaii Space Exploration Analog and Simulation mission.

According to a release from the University of Hawaii at Manoa, their journey will begin on Aug. 28 and will be the fourth and longest HI-SEAS mission yet in the university’s research project that simulates long duration space exploration.

Participants will stay in the solar powered dome on Mauna Loa for 365 days.

As with previous HI-SEAS missions in the NASA-funded study, the mission will focus on crewmember cohesion and performance. HI-SEAS researchers will be working to develop effective team composition and support strategies to allow crews to successfully travel to Mars and back, an estimated three-year journey.

The crew will be monitored using cameras, body movement trackers, electronic surveys, and other methods. UH-Manoa researchers and their collaborators will be studying the group’s cohesion over time, gathering data on a wide range of cognitive, social and emotional factors that may impact team performance.

“The longer each mission becomes, the better we can understand the risks of space travel,” said Kim Binsted, HI-SEAS principal investigator and UH-Manoa professor from the Department of Information and Computer Sciences, in the press release. “We hope that this upcoming mission will build on our current understanding of the social and psychological factors involved in long duration space exploration and give NASA solid data on how best to select and support a flight crew that will work cohesively as a team while in space.”

In May, NASA awarded HI-SEAS a third grant to keep the research project and its missions funded through 2018.

For more information on the HI-SEAS missions visit www.hi-seas.org.