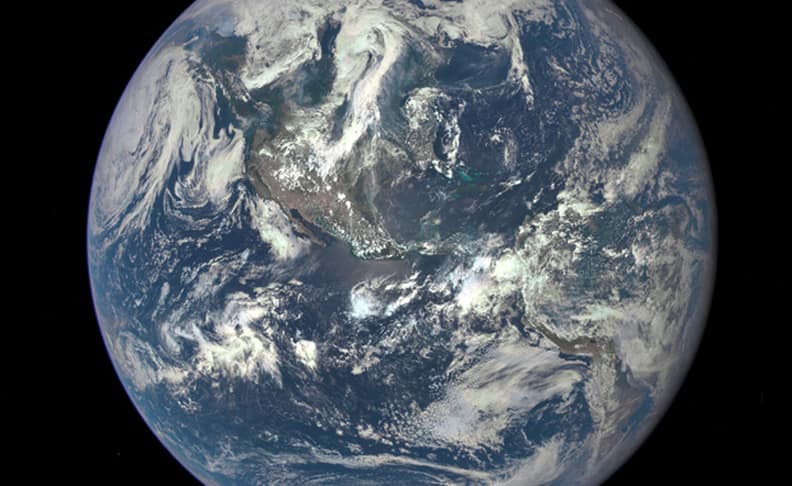 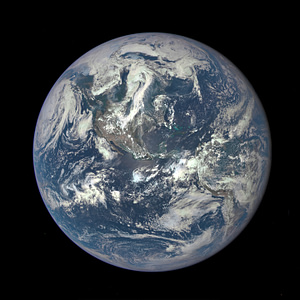 This breathtaking image was captured by the EPIC (Earth Polychromatic Imaging Camera) aboard the Deep Space Climate Observatory (DSCOVR) about 1 million miles from Earth.  The photo is the first of its kind captured since Apollo 17 in 1972, revealing the entire sunlit side of Earth in a single, unstitched frame.

Many other “blue marble” photos have been released by NASA over the years, showing the full glory of the blue orb we inhabit.  But the majority of these images have been composite photos splicing together multiple images and data rather than a single moment captured in time.

The DSCOVER craft launched into space February 11, 2015, and journeyed a million miles to what is known as the “L1 Lagrange Point” – an area where the Sun and Earth’s gravitational pulls cancel out, creating a stable orbit.  It will remain in this orbit to observe and measure Earth’s atmospheric changes, as well as surface properties and UV reflectivity.

More photos will become available once DSCOVER’s regular operations begin, providing new images every day.  The images will be posted to a dedicated webpage for public viewing by fall 2015.