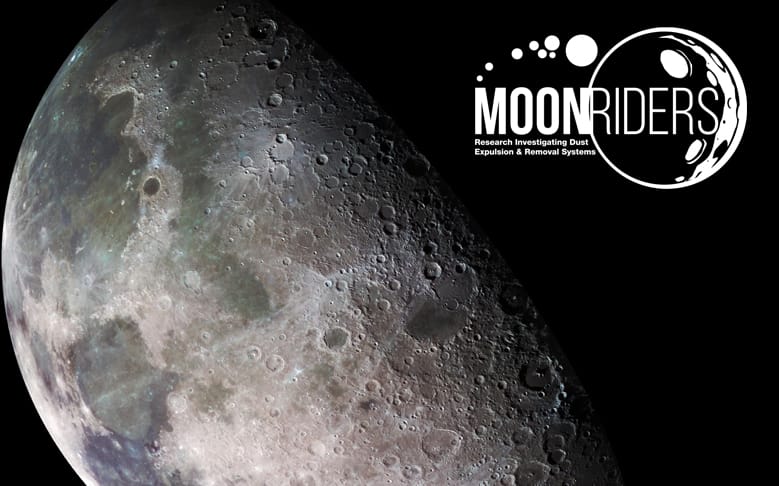 The County of Hawai‘i Department of Research and Development has awarded PISCES a $25,000 grant for the Center’s Moon RIDERS (Research Investigating Dust Expulsion Removal Systems) program.  Moon RIDERS is a joint partnership between PISCES, NASA, and two Hawai‘i high schools that aims to put a student-built lunar experiment on the surface of the Moon in early 2017.

The grant is being provided through the County of Hawai‘i Dept. of Research and Development’s economic development initiative to create high-tech jobs in Hawai‘i.  PISCES initiated Moon RIDERS with a shared goal of cultivating 21st-century workforce skills while inspiring local students in STEM (Science, Technology, Education, Math), and advancing space exploration technology.

“The County of Hawai’i supports many initiatives around building a 21st-century workforce so that our children can participate in the groundbreaking science happening right here,” commented Jane Horike, Economic Development Specialist for the Department of Research and Development.  “Moon RIDERS offered a unique opportunity to work on a real NASA project. Beyond all the benefits of supporting STEM in our schools, the excitement of this project will change the lives of these students forever.”

Roughly 70 students from ‘Iolani School in Honolulu and Kealakehe High School in Kailua-Kona are involved in Moon RIDERS, which began last fall.  So far, the students have built mock-lunar landers and outfitted them with a NASA-built technology called the “Electrodynamic Dust Shield,” or “EDS.”  PISCES oversaw the students’ first field test for the Moon-bound experiment in March.  NASA’s EDS is designed to expel planetary dust from space equipment on places like the Moon and Mars.  The fine dust can be highly corrosive and render equipment like space suits and solar panels inoperable.

“PISCES greatly appreciates the recently awarded grants from both the County of Hawai‘i and Hawai’i Community Foundation,” said PISCES Executive Director, Rob Kelso.  “The award supports an unprecedented opportunity for Hawai‘i’s students, the state, and the greater endeavor of space exploration.”

The grant awards will enable the Moon RIDERS students to configure and integrate NASA’s EDS hardware into a lunar lander.  Preparations are being made to fly the experiment to the surface of the Moon aboard a Google Lunar XPRIZE team’s spacecraft in early 2017.