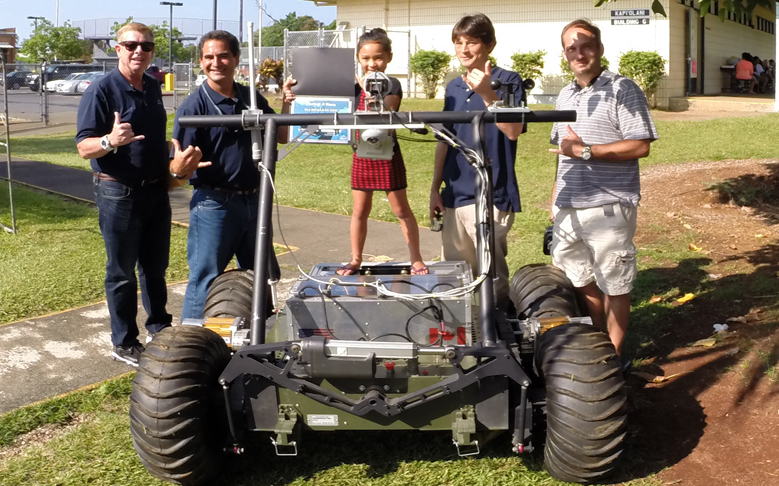 PISCES staff navigated the rover over campus grounds after morning assembly to conduct an official naming ceremony with Mahealani and her classmates.  She was accompanied by roughly 100 fellow students, her mother, and school faculty.

Mahealani was presented with a certificate of award for her stellar idea, as well as a Helelani sticker to place on the rover’s frame. She sealed the deal by taking the rugged spacecraft for a brief test drive.

“Do you have your driver’s license?” asked PISCES Project Manager Rodrigo Romo before showing her the controls.  “Don’t worry, you don’t need one on Mars.”

Students also got a close-up Q&A session on the rover with Romo, who manages the rover’s development and operation with a group of technicians and interns.  Romo explained the purpose of the spacecraft’s many gadgets, and how PISCES uses them to conduct simulated extraterrestrial experiments on Hawai‘i Island.

PISCES conducted the rover naming contest in a continuing effort to inspire youth in STEM (science, technology, engineering, and math) related fields by showing them how applied science can be fun and engaging.

After the event, Helelani returned home to the PISCES robotics lab to recharge her batteries and tackle her next round of developments with Romo and his team.

The PISCES team sends a warm Mahalo! to Mahealani for bestowing the Center’s spacecraft with its beautiful new name! 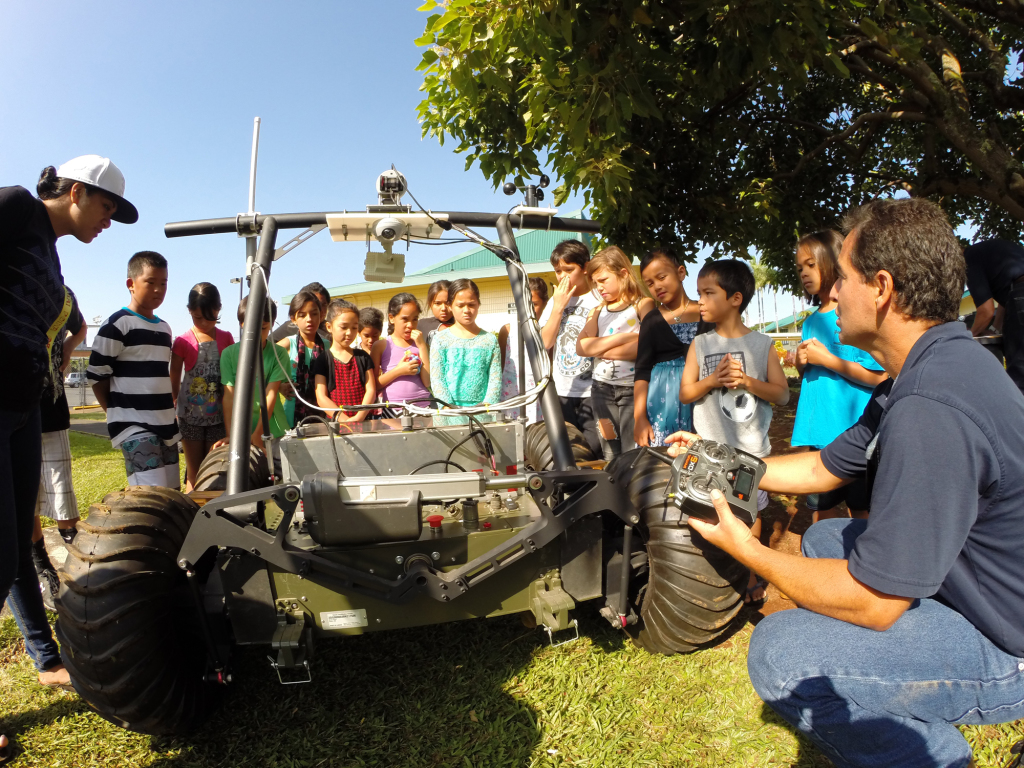 Rodrigo Romo (Right), PISCES project manager and robotics team lead, explains the nuts and bolts of the Helelani rover to Mahealani and her classmates.