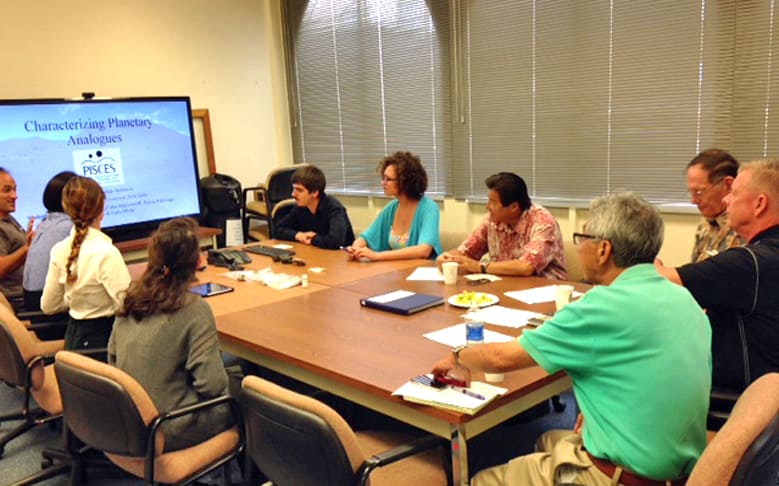 As part of PISCES’ workforce development initiative and promotion of STEM learning among students, the agency is now recruiting a new round of interns for the summer of 2015, as well as spearheading a cooperative work-study program with the University of Hawaii at Hilo.

PISCES’ cooperative education program with the University of Hawaii at Hilo will offer real-world work experience to supplement students’ classroom learning.  The initiative encompasses computer science, engineering, and physics and astronomy fields, and offers full-time paid work to participating students in an alternating semester-on/semester-off cycle.  PISCES is currently in the process of finalizing and selecting a participant to launch the program beginning in the fall of 2015.