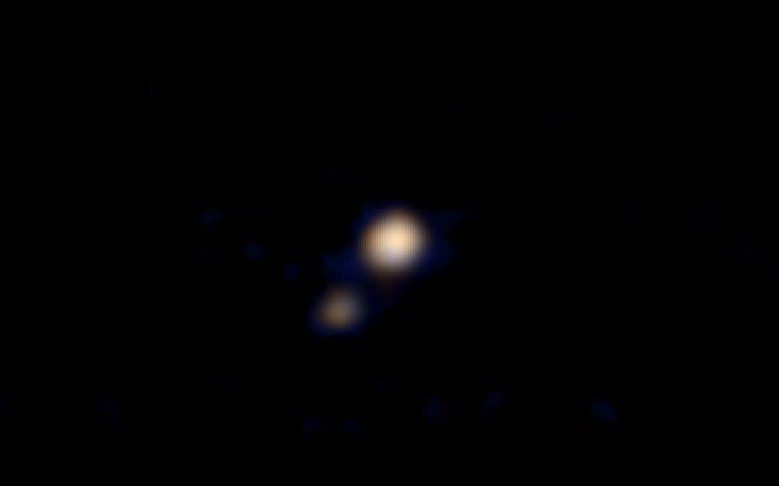 NASA has released the first color image of Pluto and its largest moon, Charon, taken just days ago by the New Horizons spacecraft.  The photo was captured using the craft’s Ralph color imager on April 9, and completed transmission to Earth the following day.  The image is a preliminary version, which will be further refined by the New Horizons mission team.

Pluto and its Texas-sized moon are clearly visible in the image, captured from a distance of about 71 million miles away.  As the New Horizons spacecraft gets closer to Pluto, it will relay more images that will eventually reveal surface features of the dwarf planet in unprecedented detail.  The craft is expected to rendezvous with Pluto in a flyby on July 14 this year.