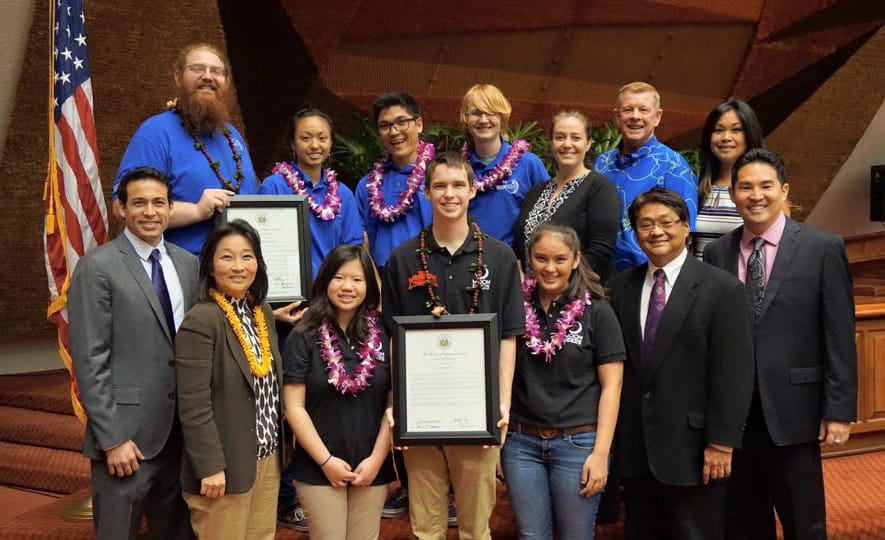 Above: Students from Kealakehe High School and `Iolani School participating in PISCES’ Moon RIDERS lunar flight experiment pose at the Hawaii capitol with lawmakers and PISCES staff on March 23.

Following a week of field-tests evaluating the space hardware for PISCES’ student lunar flight experiment, the `Iolani and Kealakehe Moon RIDERS teams paid a visit to the Hawaii state capitol in Honolulu on March 23.

The two teams were officially recognized with proclamations issued during a legislative session.  Students also presented their work on the PISCES Moon RIDERS project to lawmakers and staff explaining how the experiment works and the results of their previous week of testing.

Proclamations issued by the Hawaii State legislature honor and recognize the Moon RIDERS teams for their hard work and achievements.