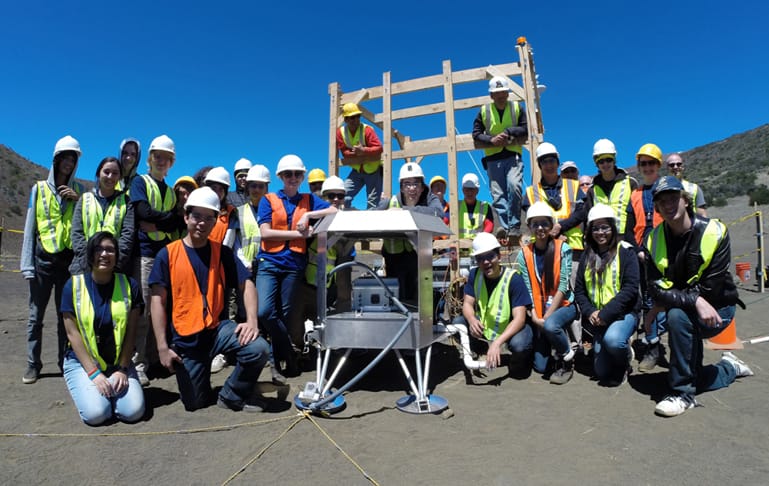 Over a dozen ‘Moon RIDERS’ and their mentors assessed the experiment’s dust shield on March 20-21, following two days of testing by `Iolani School students earlier in the week.  The NASA-built electrodynamic dust shield (EDS) was assessed in varying configurations and conditions and proved to be highly effective against different textures of dust.

Kealakehe student team leader, Josiah Clark, expressed optimism at their results and the value of the testing experience.

“I like how well [the tests] went… I really enjoyed the problem solving we did”, Clark said.

Though the first day challenged students with the learning curve of new procedures, day two revealed their ingenuity and apprehension as they breezed through test configurations and data collection with teamwork and focus.

The group successfully trialed a new EDS design placing an enclosed camera within the dust shield housing paired with a color wheel to determine its ability in measuring the dust repelled from the shield.

Clark said he is confident that he and his team have collected enough of the necessary data to answer their questions and move forward with the project.  He added that programs like PISCES’ Moon RIDERS are vital to “excite people and get them energized about being engaged and using their mind to solve big problems”.

Now that the initial tests have been completed, students will analyze their data and compile a report sharing their findings in late Spring.