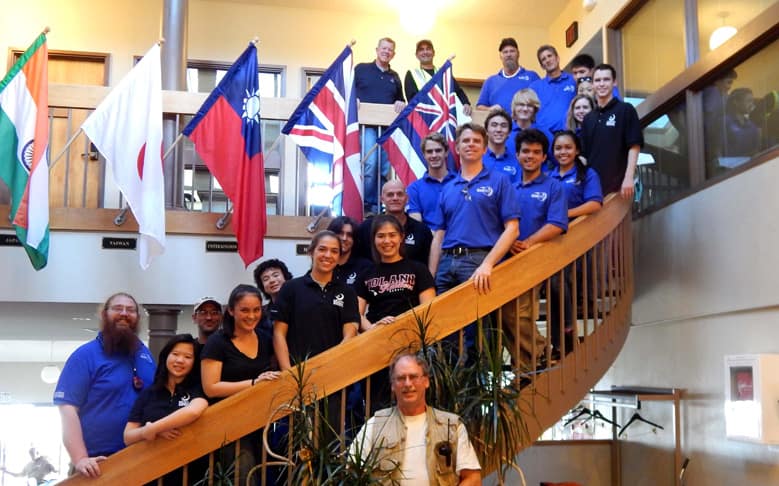 (Hilo, HI) – ‘Iolani School and Kealakehe High School students on Monday (March 16, 2015) began a week of field testing through a simulated mission on the surface of the “Moon” to test dust shields on their student-built lunar landers, with `Iolani testing on Monday and Tuesday and Kealakehe testing on Friday and Saturday. 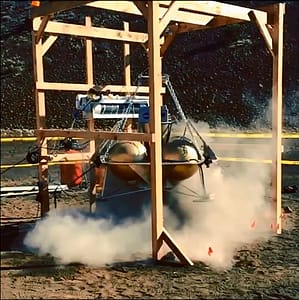 As part of the recently-announced collaborative experiment organized by Pacific International Space Center for Exploration Systems (PISCES) in partnership with NASA Swamp Works at Kennedy Space Center and a Google XPRIZE team, the schools were invited to participate in a project to build and fly a dust shield experiment to the moon. This STEM project, called Moon RIDERS (Research Investigating Dust Expulsion Removal Systems), allows students to build and deliver an experiment to the lunar surface – a feat that, to our knowledge, has never been accomplished before.

Testing is taking place on the lower slopes of Mauna Kea at the PISCES Planetary Analogue Test Site, allowing students a unique opportunity to experience being a NASA scientist first-hand. The field tests involve lifting the mock lunar landers constructed by ‘Iolani and Kealakehe, then then using a gas cylinder to blast high-velocity air to simulate the dust plume kicked up when a lunar lander touches down on the moon. Once the dust settles, students will power up their electrodynamic dust shield (EDS) prototype to determine how well it removes dust from a camera lens as well as the foot pad of their lunar lander. Students will repeat the process, changing variables each time, to help determine what works best under different dust conditions.

“We are excited to have the students at ‘Iolani and Kealakehe join us on Mauna Kea for the first round of tests of the prototype dust shields,” said Rob Kelso, executive director of PISCES. “NASA is working with the students to solve the dust problem in space, and with NASA as their mentors, our Moon RIDERS are gaining real-world aerospace engineering experience through this collaborative STEM education project.”

The dust shield experiment is the culmination of many years of NASA research and development. The technology repels and removes planetary dust, which collects on surfaces like solar panels and space hardware, by using a high voltage, low current device. This technology has been tested extensively on earth, and even in low gravity flights, but has not yet been tested in space or on the Moon.