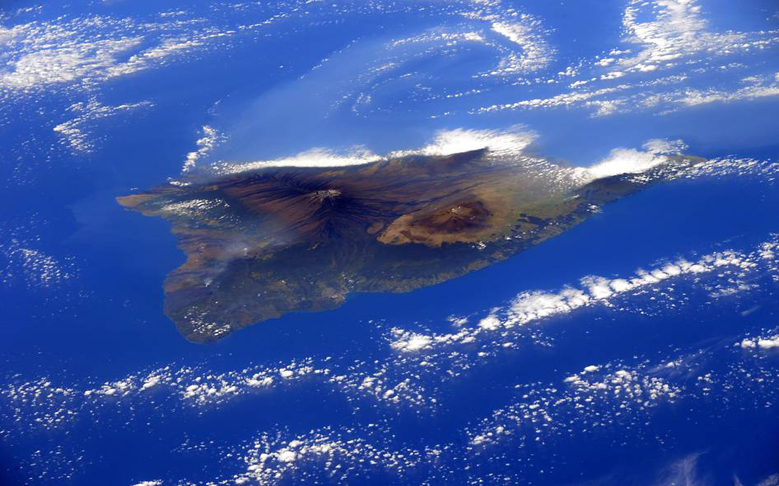 European Space Agency astronaut Samantha Cristoforetti captured this amazing view of Hawaii Island some 200 miles overhead from the International Space Station (ISS) late last month.  Cristoforetti shared her photo on social media on Feb. 28, 2015, writing “And suddenly as we flew over the Pacific… the island of #Hawaii with its volcanoes! #HelloEarth”.

Crew members aboard the ISS regularly photograph Earth to record how the planet is undergoing changes by both human and natural causes. Astronauts have been using hand-held cameras to capture the breathtaking Earthscape from space for over 40 years, beginning in the early 1960s with NASA’s Mercury mission.