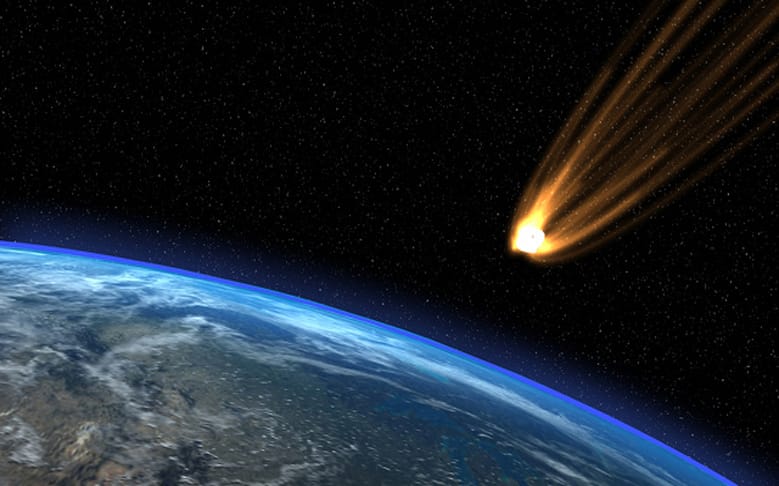 On any given day, there are an estimated 25 million objects in the skies and nearly 100 tons of meteorites that make contact with Earth’s surface.  While most of them are the size of a grain of sand, objects larger than 1.5 km in diameter could result in catastrophic consequences.

NASA’s Joseph Minafra of the Solar System Exploration Research Virtual Institute (SSERVI) will be discussing what scientists are doing to assess and create a strategy to deal with such a threat during a free public talk at the University of Hawaii at Hilo (UHH).  Minafra will present “Near Earth Asteroids: Threats & Strategies” on campus at UHH in Room 108 of the Science & Technology Building on Monday, Mar. 2 at 2:00 p.m.

The PISCES-sponsored talk is part of the ‘Journey Through the Universe’ program – a week-long national science education initiative engaging communities of teachers, students, families, and the general public in Earth and space science activities and demonstrations. 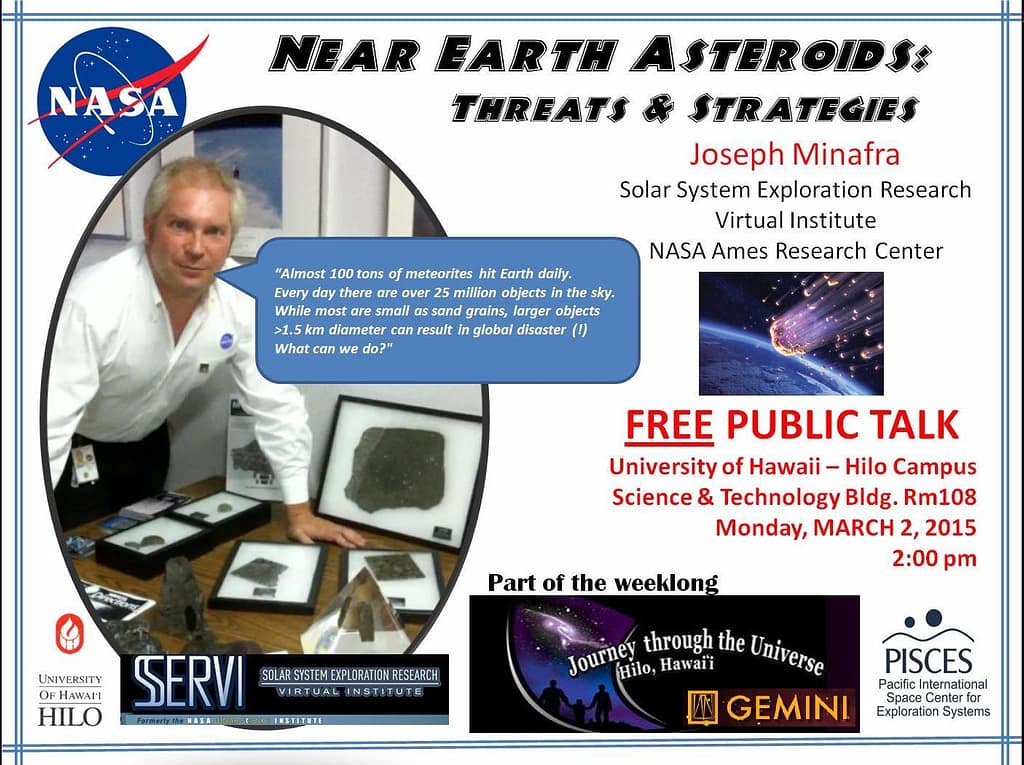