NASA on Track for Unprecedented Mission to Europa 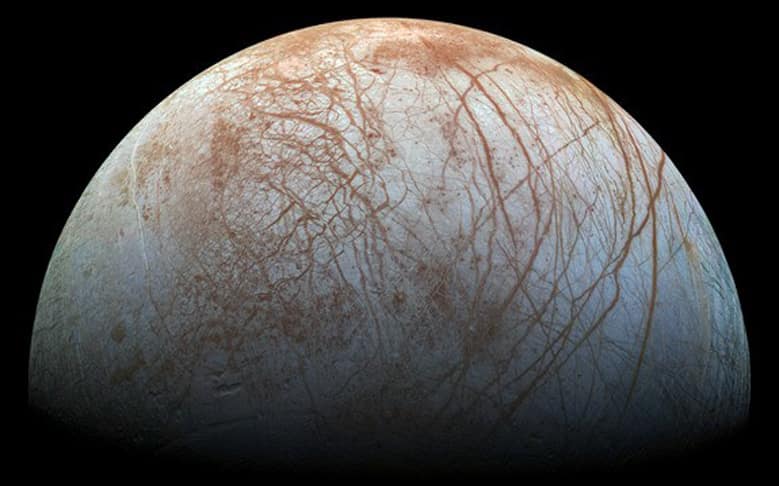 Image: The latest view of Europa based on information gathered by NASA’s Galileo mission in the 1990s.  The coloring is representative of what the moon might look like to the human eye.  Credit: NASA/JPL-Caltech/SETI Institute.

NASA is planning a spaceflight to one of the most likely places in the Solar System to host alien life, and the White House has signaled a commitment to make it happen. The 2016 fiscal year budget proposal released Monday, Feb. 2, reveals $18.5 million in funding for NASA, including $30 million for a journey to Europa, an unexplored icy moon circling Jupiter.

The agency has been targeting Europa for a visit for some time now, but may be able to make the journey a reality by the mid-2020s with government backing.

“For the first time, the budget supports the formulation and development of a Europa Mission, allowing NASA to begin project formulation, Phase A,” NASA officials wrote in a summary of the proposed budget.

But why Europa?  The icy moon is thought to harbor a liquid ocean beneath its frozen surface – an environment that could support alien life forms.  The proposed mission intends to study and characterize it at every turn, returning data that could enable a surface visit in the future.  The current NASA concept of the mission involves 45 flybys of the 1,900-mile wide mysterious moon over 3.5 years.