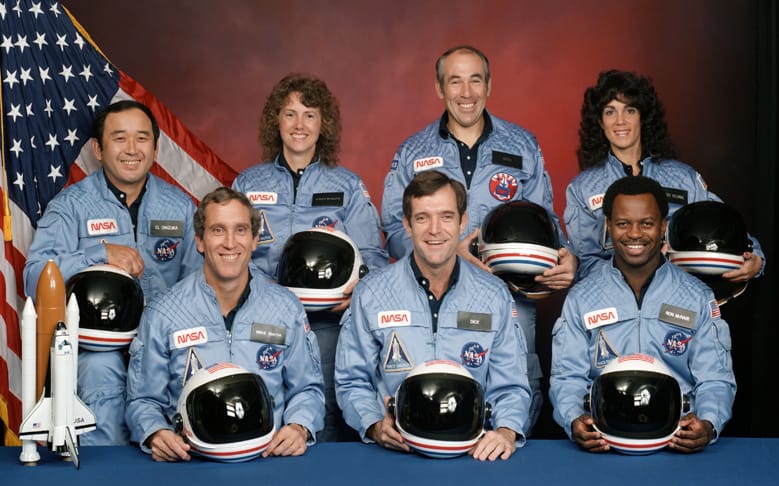 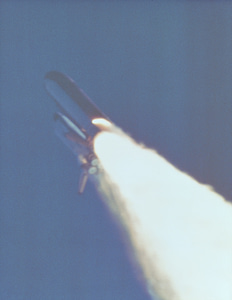 The Shuttle Challenger on Jan. 28, 1986 just seconds before it exploded. A fiery plume is visible on the right booster just above the rocket blast. Credit: NASA.

NASA is honoring the fallen astronauts of the Challenger disaster of Jan. 28, 1986, with several ceremonies nationwide.  The memorials are also honoring the deaths of three crewmembers killed in the 1967 Apollo 1 fire, as well as the seven astronauts who perished aboard space shuttle Columbia after it broke up while reentering Earth’s atmosphere in 2003.

Charles Bolden, Head NASA Administrator issued a statement honoring the courageous lives lost in service to the furthering of space exploration:  “Today, their legacy lives on as the International Space Station fulfills its promise as a symbol of hope for the world and a springboard to missions farther into the solar system. Our lost friends are with us in the strivings of all of our missions to take humans to new destinations and to unlock the secrets of our universe. We honor them by making our dreams of a better tomorrow reality and taking advantage of the fruits of exploration to improve life for people everywhere.”

An investigation of the Challenger explosion found that an O-ring in one of the solid rocket boosters failed, causing hot gas to escape and ignite the shuttle’s large external fuel tank.  NASA grounded shuttle missions for nearly three years following the Challenger disaster, and made crucial changes in its operations and culture to prevent future calamities.

“Let us join together as one NASA Family, along with the entire world, in paying our respects, and honoring the memories of our dear friends,” added Bolden.  “They will never be forgotten. Godspeed to every one of them.”