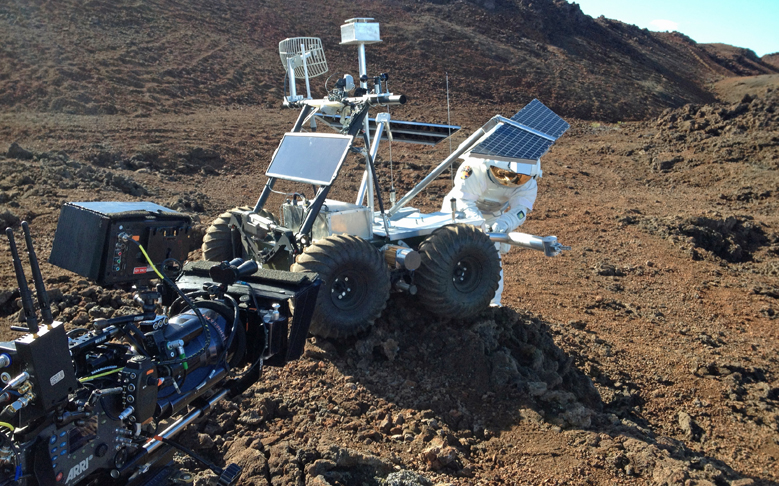 Above: PISCES Planetary Rover on the ‘extraterrestrial’ set of Hawaii Five-O! 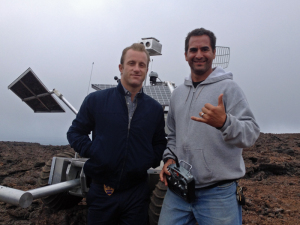 All eyes were on the PISCES Planetary Rover last September during an exciting, action-packed shoot of the Hawaii Five-O TV show on Hawaii Island.  The rugged spacecraft got a ‘spacey’ makeover by production crew workers and made its Hollywood debut at the HI-SEAS (Hawaii Space Exploration Analogue and Simulation) Habitat on the slopes of Mauna Loa volcano.  Lead actors Scott Caan, Chi McBride, and Masi Oka were on location for the shoot, along with PISCES staff.

Project Manager Rodrigo Romo oversaw operation of the rover, putting the robot’s acting skills to use with an RF remote.  Test Logistics/EPO Manager John Hamilton and Communications Specialist Chris Yoakum captured photos and video of the day-long dramatization carried out by a hardworking crew of about 100 people.

Check out the behind the scenes video!