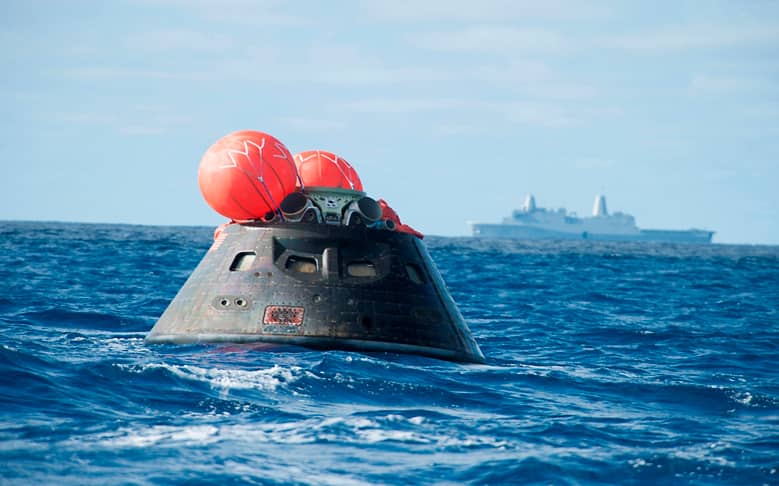 NASA’s Orion spacecraft is shown in the Pacific Ocean Dec. 5, 2014 off the coast of Baja, Mexico after a splashdown that followed a 4.5 hour test-flight roughly 3,600 miles from Earth.  A team consisting of NASA, Navy, and the Orion contractor Lockheed Martin, retrieved the capsule for delivery to the San Diego Naval Base.  The Orion’s test flight marks a historic new chapter in space exploration, characterized by manned deep-space missions to destinations like asteroids and Mars.