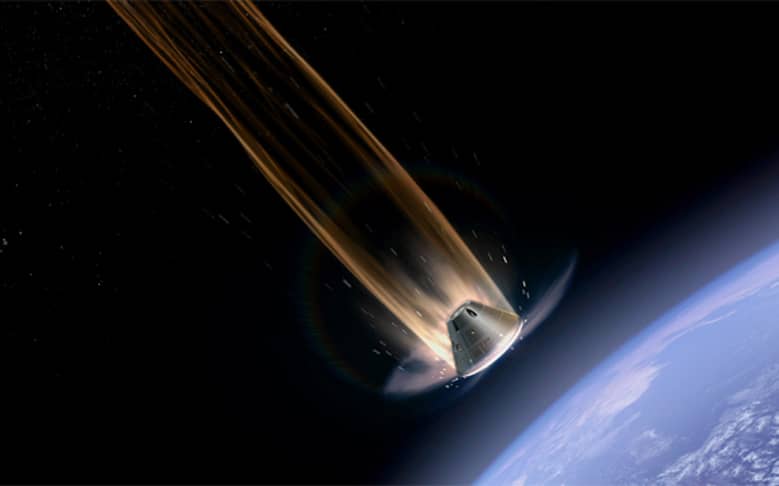 This Thursday (Dec. 4, 2014) NASA’s state-of-the-art Orion spacecraft will undergo its first test flight traveling thousands of miles from Earth.  The craft, designed for deep-space manned missions, is set to lift off from Cape Canaveral Air Force Station just after sunrise at 7:05 a.m. EST aboard a 242-foot tall Delta IV heavy-lift rocket.  The test flight will be unmanned, and over 1200 sensors will collect data to assess the new craft’s performance in preparation for future missions.

Orion’s flight trajectory will take it 15 times further from Earth than the International Space Station.  The distance is calculated to create a full-speed reentry into Earth’s atmosphere at 20,000 MPH – similar to the return speed of a Moon mission.  During reentry, the craft will have to endure infernal temperatures upwards of 4000 degrees Fahrenheit.  Orion is slated to splashdown in the Pacific Ocean near Baja Mexico for retrieval by the NAVY.

Though the trip will only take about four hours, it will mark the longest distance a spacecraft capable of carrying astronauts has traveled since the Apollo missions.  If all goes well, astronauts may be piloting Orion to an asteroid in the 2020’s, and Mars in the 2030’s, according to NASA’s plans.