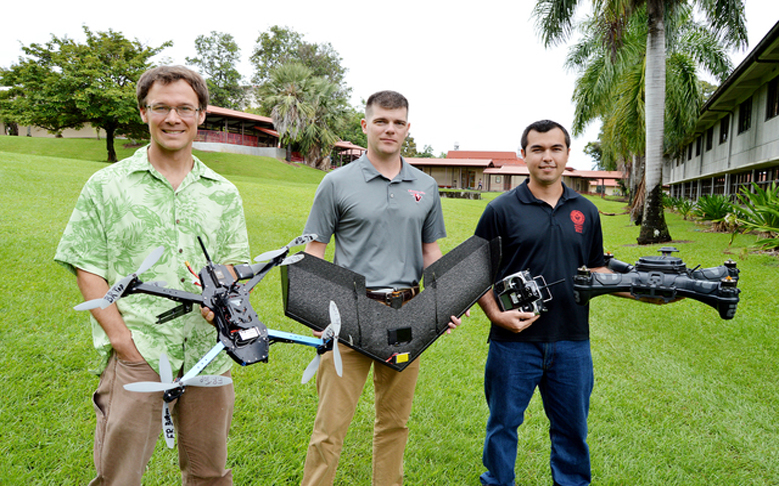 Former PISCES intern and University of Hawaii at Hilo (UHH) graduate Nick Turner is doing some highflying work at the SDAV (Spatial Data Analysis and Visualization) lab at UHH in support of ongoing disaster relief efforts associated with the June 27 Kilauea lava flow on Hawaii Island.  Using a UAV (unmanned aerial vehicle), Turner and his fellow flight team are creating high-resolution, aerial maps of the lava flow, helping to keep first responders up to date with the latest information on the flow’s progress. 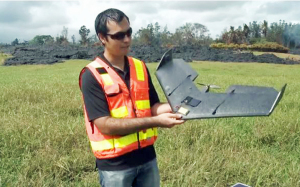 Their tool, a foam-built, propeller driven UAV which resembles a B-2 stealth jet, is equipped with a digital camera programmed to capture photos from overhead.  The snapshots are carefully pieced together to create a seamless map of high-resolution images.  All of their data is being shared with the Hawaii County Civil Defense and USGS (U.S. Geological Survey) Hawaii Volcano Observatory to aid research of the ongoing flow.

Turner interned with PISCES in 2013, characterizing and assessing potential planetary analogue sites for the agency and creating a database of field locations.  He and his fellow student interns – including Melissa Adams who recently interned at NASA’s Kennedy Space Center – incorporated their data into a GIS (Geographic Information Systems), and created accessible Google Earth files in collaboration with the SDAV lab.

For more information about the SDAV team and their mission, visit: http://spatial.uhh.hawaii.edu/