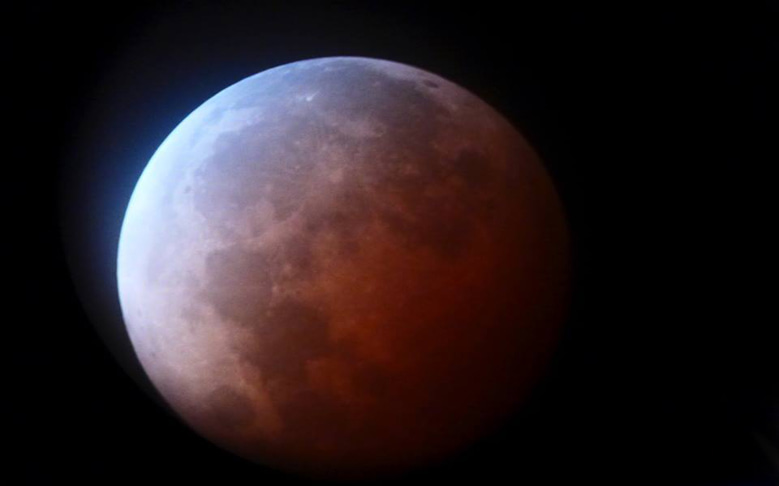 Local tour guide James Stagg of Taikobo Tours (www.taikobo.com) captured this incredible photo (seen above) through a telescope on Mauna Kea in the early hours of October 8.  The fully eclipsed moon was obscured by the darkest part of Earth’s shadow, taking on a chilling reddish hue commonly known as the ‘Blood Moon’.  The phenomenon occurs when sunlight scattering through Earth’s atmosphere loses other colors in the visible spectrum and leaves a sunset-like hue reflecting off the lunar surface.

This eclipse happens to be the second in a series of four consecutive total lunar eclipses (known as a ‘tetrad’) occurring between 2014 and 2015. The first occurred earlier this year on April 14-15.  The following eclipses in 2015 will occur on April 4, and September 28.

The eclipse was visible from North America, western South America, East Asia, and other parts of the Pacific, including Hawaii.

Photographer Connor Madison created this image of the Moon in its successive phases of the eclipse on Oct. 8, 2014, from Oshkosh, Washington.