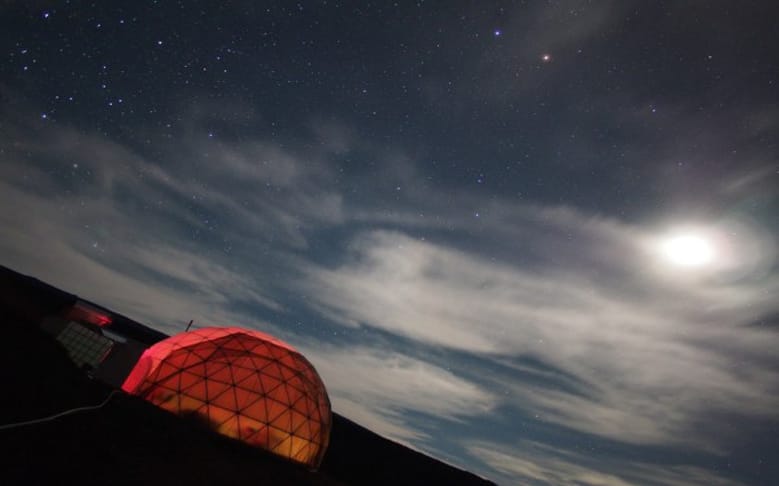 The third and longest-yet HI-SEAS (Hawaii Space Exploration Analogue Simulation) mission will commence October 15th and includes two former PISCES workers.  Sophie Milam and Neil Scheibelhut will spend 8 months in a Mars-like habitat along with four crewmates in a NASA-funded study designed to assess the social, cognitive, and emotional effects of long-term isolation on humans. 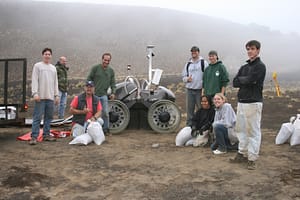 Milam, pictured second from the right, during the 2008 ISRU field testing with the SCARAB rover.

Milam, a University of Hawaii at Hilo (UHH) graduate, has a strong interest in space exploration and education, and hopes to work in STEM (Science, Technology, Engineering, and Mathematics) outreach.

“I believe that mankind’s future is space travel and that it is the responsibility of all to encourage the next generations of explorers to further our collective knowledge and inspire adventure,” she said.

Milam worked with PISCES during the 2008 and 2010 ISRU (in-situ resource utilization) field tests.  She also led the APEC (Asia-Pacific Economic Cooperation) international rover demonstration for PISCES with the NASA Ames Exploration Rovers in 2011.  She is now pursuing a Master’s degree in Engineering at the University of Idaho in Moscow and working with the Intelligent Robotics Group at NASA Ames Research Center.

Scheibelhut has a medical background and served as an infantry medic in Iraq.  But he’s always had an interest in space exploration.  The UHH graduate worked with PISCES during the 2010 and 2012 ISRU field tests alongside NASA Flight Surgeon Dr. Lou Moreno, during which time his interest was spurred.

Neil Scheibulhut posing in front of a lava flow on Hawaii island.

“As long as I can remember, the space program and astronomy interested me tremendously,” he said.  “As I got older, I kind of got away from that.  But being able to work with NASA on the ISRU test, and volunteering at the Mauna Kea Visitor’s Center really reignited that passion.  Performing research that will help the space program is my focus now.”

The third HI-SEAS mission is twice as long as any previous stay – and second only in duration to the Russian MARS-500 experiments conducted between 2007 and 2011.  The crew will be continuously monitored using body movement trackers, surveillance cameras, and other methods as part of the study.

From everyone at PISCES, we wish Sophie and Neil all the best!